A five-billion dollar trip to Hungary 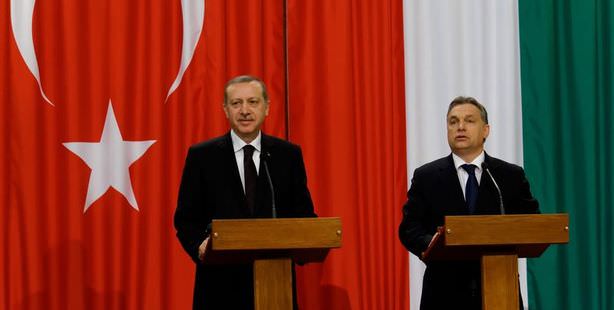 Prime Minister Erdoğan is joined by 125 businessmen to a trip to Budapest in an initiative to increase trade with Hungary. “Our goal is to reach five billion dollars in trade by 2015.”

Reaffirming bilateral and economic relations is the premise of Prime Minister Recep Tayyip Erdoğan's trip to Hungary. The first act involved the tourism sector. Speaking at a press conference from Budapest, Erdoğan pointed out that 104,000 Hungarians travel to Turkey yearly and stated that it is therefore crucial that visas are facilitated between the two nations. Prime Minister Erdoğan went on to state, "We have issued the necessary orders to our comrades to deal with this situation. We are rapidly making preparations. We want to lift the obstacles set up against our businessmen, students and artists," stated Erdoğan.

TURKEY IS THEIR SECOND HOME

Erdoğan also noted that there should be more energy partnerships between the two countries and said, "In all actuality, we are partners in Nabucco. However, Nabucco has not created the stir expected."
Hungarian Prime Minister Orban said, "Our citizens should be allowed to go to Turkey without having to obtain visas. Turkey follows Croatia as being the top second most visited country by Hungarians."