Rating barons are getting a rattling 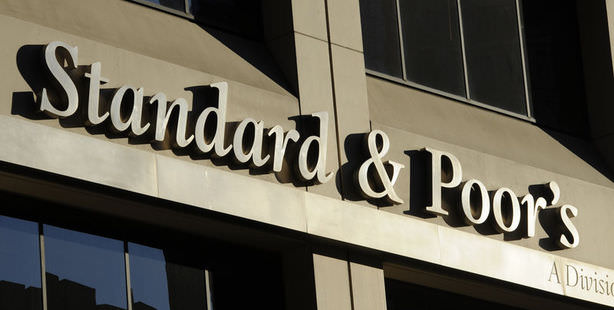 The five billion dollar fraud lawsuit the U.S. government has slammed Standard & Poor’s with has put the owners of the world’s two biggest credit rating institutions down by hundreds of millions of dollars.

Both Moody's and S&P, who share partners, have seen stocks drop by over 20 percent in the past few days alone. Speculation also abounds that McGraw-Hill, the parent company of S&P, may be going under. Over the past four days, the owners of these particular rating institutions, formed to measure the economic stability of firms and nations, have had their pockets emptied.

Shares for Standard&Poor's (S&P) have shrunk by a quarter ever since the U.S. government filed a civil lawsuit accusing the ratings service of defrauding investors. The lawsuit says that S&P committed fraud by falsely claiming its ratings were objective, when it instead inflated ratings and understated risks for firms prior to the 2007 mortgage crisis and the 2008 financial crisis, which eventually went down.

S&P's parent company McGraw-Hill says they will be unable to pay out a potential five billion dollar fine as they claim turnover has remained at 867 million dollars for the past four quarters. Some of S&P's biggest shareholders Dodge&Cox Stock, Vanguard, Capital World Investors, State Street Global and T. Rowe Price Associates have lost dozens of millions of dollars. Vanguard Group, owned by John C. Bogle, one of S&P's biggest partners, has shares in both Moody's and McGraw-Hill.

Partners in Moody's, a credit rating institution of equal scope to S&P, have also suffered as a result of the lawsuit. The last four days have resulted in significant losses for shareholders for both credit rating institutions S&P and Moody's. Warren Buffett, the fourth richest man in the world has been hit the hardest from the drop in Moody's shares with his own stock losing nearly 400 million dollars in value. Warren Buffett's firm Berkshire Hathaway has a 13 percent share in Moody's.

FINE MAY BE UP FOR BARGAIN

S&P's actions between 2004-2007, in which the credit rating institution inflated grades for firms especially in the mortgage sector, is being credited with having led the United States into the greatest economic crisis seen since 1933. With deliberations still ongoing, the company is expected to sit down to the negotiations table for a penalization of at least one billion dollars.

During the Enron scandal of 2002, accounting firm Arthur Andersen faced tough times and was made to pay out major reparations. Arthur Andersen was then forced to shut down their auditing department. Speculation is that Moody's and S&P may be facing a similar situation.