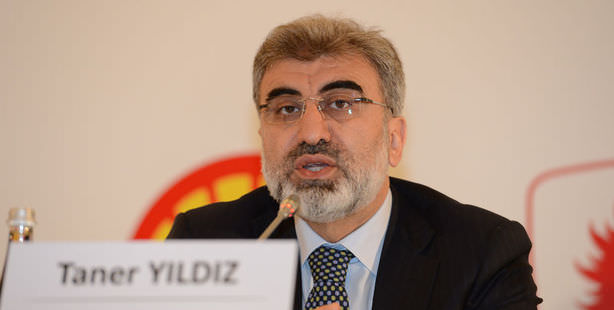 Turkish Petroleum Corporation (TPAO) and Shell signed a cooperation agreement on Thursday on oil exploration in the Western Black Sea. Shell, which will be a 50 percent partner with TPAO in oil exploration, will be investing $200 million over the next three years.

Turkish Petroleum Corporation (TPAO) and Shell have signed onto a collaboration to jointly explore for oil in the Western Black Sea. Speaking at the signing ceremony for the cooperation agreement on joint oil and natural gas exploration in the Black Sea, Minister of Energy and Natural Resources Taner Yıldız, announced that Shell has dished out five million dollars as a signing bonus and added that they will also be obtaining a letter of indemnity to a tune of $150 million. "Within this framework, TPAO and Shell will be 50-50 percent partners in oil and natural gas exploration efforts," stated Yıldız.

During the signing ceremony, Shell's Upstream International Director Andy Brown explained that at the initial stage, they plain to collect and analyze three-dimensional seismic data from a 1,500 cubic meters area. According to Brown, within the next three years, they plan to have drilled at least one well as part of their deep sea exploration.

Brown also went on to explain that in accordance to the agreement, Shell has agreed to drill at least one oil well. Brown also stated that according to the agreement Shell has vowed to invest $150-200 million dollars in the project, adding that the Black Sea offers a completely different geological horizon for exploration. "The fact that we are designating this scale of funds shows how hopeful we are. We believe that we will be able to find a viable amount of petrol and natural gas," stated Brown.

Minister of Energy and Natural Resources Taner Yıldız also informed that Turkey has resumed petroleum trade via tankers from Iraq. According to Yıldız, there is presently around 3.5 million tons of Iraqi petrol being used in international markets. "We fulfill a significant portion of our petrol needs through the oil we purchase from the Central Iraqi Administration," states Yıldız.