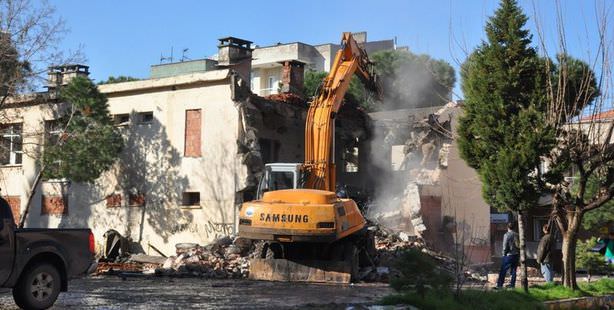 Turkey’s urban transformation plan for Istanbul has now begun to draw in foreign interest. European firms that want a share of what will be Turkey’s ten billion lira demolition market will be arriving to Istanbul on March 7th to attend the 2013 Istanbul Demolition Conference.

The seven million residences that will be renewed as part of Istanbul's urban transformation have wet the appetites of professional European demolition firms. Europeans who are now wanting to enter the Turkish market with national partners are currently knocking door to door to hold meetings on the offer.

According to Demolition Contractors Association Chairman M. Ali Bulut, the urban renewal project will result in an approximately ten-billion-lira demolition market. "Firms from France, Spain, Italy, Holland and especially Germany have been coming to the association to express their interest in investing in this area. They all want to partner up with Turkish firms," said Bulut. Emphasizing that these foreigners are preparing to enter the market prior to the start of the second phase of demolition, Ali Bulut says that the March 7th Istanbul Demolition Conference will allow foreign and domestic firms to convene. There will be 15 foreign firms participating in the demolition symposium.

Ali Bulut also explained that they are working on establishing regulations regarding the assessment of waste that will be acquired both during and after demolition. "We are working with the ministry to release the first regulations for demolition. The regulations were not taken from anywhere else they will be entirely unique to Turkey," stated Bulut.