Turkish administrators make their mark on the Gulf 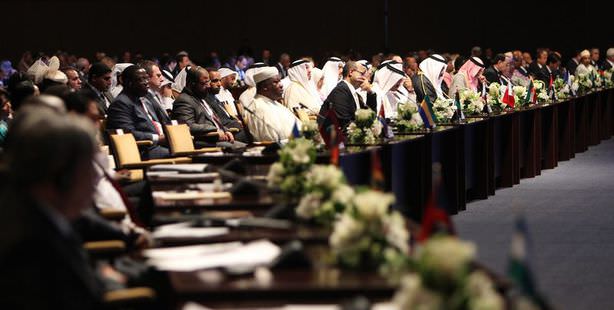 The nearly 5,000 Turkish administrators in Dubai have changed the course of the nation’s economy. With 100 firms participating in the Middle East Electricity Fair in Dubai, Turkey has taken the nation’s diaspora beneath its wings to get the lion’s share.

The Turkish directors and managers that have been imported into Dubai have made a mark on this year's Middle East Electricity Fair, which was held in Dubai on Feb. 17-19, bringing together worldwide companies dealing in electronics, defense and energy.

In 2009, Dubai found an exit strategy to the global crisis by transferring in Turkish administrators, which has brought the number of white collar Turks working in the UAE nation at present up to 5,000, resulting in steering Dubai's trade route towards Turkey.

The Turkish diaspora, which also played a crucial role in the nation overcoming the crisis, have established a brand new trade network between Dubai, Iran, Africa and Turkey. This network, which has also positively affected a number of sectors, has been good news for the 98 Turkish firms that attended the Middle East Electricity Fair in Dubai.

Turkish company administrators that have been brought in from Turkey to work in Dubai signed on to what seemed to be a 'purchasing-selling' brotherhood with Turkish firms represented at the fair where billions of dollars worth of agreements were signed.

According to Dubai Consul General Elif Çomoğlu Ülgen, Turkish directors and administrators have infused a different culture to Dubai. Pointing out that the number of professionals working in the region has increased exponentially, Ülgen states, "Turks have exerted a better performance than the administrators that were brought in from Europe and America. Turkey has become a nation that transfers administrators to Dubai. This has resulted in increasing the two nations' joint trade volume," stated Ülgen.

Istanbul Electric-Electronic, Machine and Informatics Exporters Union (TET) Executive Board Chairman Fatih Kemal Ebiçlioğlu expressed that they were extremely pleased with the fair and to have this level of national participation. "The Middle East is an important market for the sector. Africa as a continent is becoming a significant market. Additionally, Middle Eastern countries have a very young population. Practically all of the nations in the region have begun making high infrastructure plans. In addition, Dubai has become a trade center for nearby Asian nations," said Ebiçlioğlu.

Ülgen points out that there are nearly 20 Turkish television shows that are broadcasted on Arab channels. "There is great interest in the actors, which contributes to the Turkish image. The 5,000 Turkish administrators that work in Dubai are also highly respected," said Ülgen.

Ebiçlioğlu also stated that as the electric-electronic sector, they plan to contribute 45 billion dollars to the 2023 target for Turkey's national income to reach 500 billion dollars. "In order to reach that goal, we need to increase our exports by 11.5 percent annually," said Ebiçlioğlu.

TURKS TO LIGHT UP THE MID EAST AND AFRICA

Turkey had the highest amount of participation as a nation at this year's electricity fair, which also hosted delegations from a number of nations including Iraq, Iran, Morocco, Algeria and Tunisia. The 98 firms from Turkey held a significant number of meetings which led to the signing of a number of agreements. Dubai is overwhelmingly perceived as being a key location to open up to the Middle East and Africa markets.

DUBAI ADMINISTRATION ALSO CAME OUT FOR THE FAIR

The overwhelming majority of Turkish firms participating in the fair also drew the attention of members of the Dubai administration that were in attendance. After attending a ribbon-cutting ceremony, UAE Economy Minister Sheikh Hamdan bin Rashid al Maktoum immediately paid a visit to the Turkish firms representing.