Unemployment at lowest level in 12 years 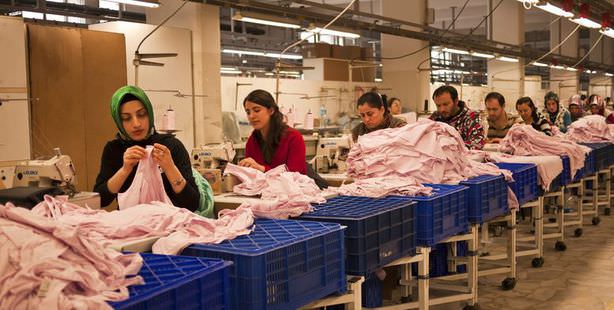 Turkey’s unemployment rate regressed to 9.2 percent last year, while the number of employed rose by 711,000. According to Economy Minister Çağlayan, the Turkish economy has now reached its highest rate of employment.

According to Economy Minister Zafer Çağlayan, "This is the lowest rate of unemployment we have seen since the 2001 crisis. Turkey's economy has reached the highest level of employment ever before seen. In 2012, our population rose by 1,228,000. The labor force has increased by 614,000."

ONE OUT OF EVERY FIVE YOUTH ARE UNEMPLOYED

In employment distribution, 24.6 percent of jobs were in agriculture, 19.1 percent were in industry, 6.9 percent in construction and 49.4 percent of employment was in the service sector.

PARTICIPATION IN THE LABOUR FORCE

The rate of employment participation throughout Turkey increased by 0.1 percent in 2012, bringing the total labor force up to 50 percent. Male participation in the labor force dropped by 0.7 percent compared to the year prior, bringing the total to 71 percent. While the presence of women in the labor force rose by 0.7 percent to reach 29.5 percent. The unemployment rate for urban areas dropped by 0.8 points to reach 11.1 percent, while in rural areas, the rate decreased by 0.3 percent, to reach a total of 5.5 percent unemployed.