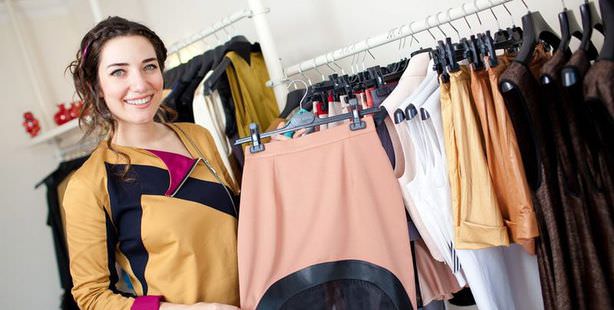 The grants and interest-free loans offered by the Republic of Turkey Small and Medium Enterprises Development Organization (KOSGEB) have resulted in increasing women’s presence in the nation’s economy. Over 3,000 women in Anatolia have been transformed from housewives into business owners.

A number of female entrepreneurs, which have taken advantage of the 30,000 lira grant support offered KOSGEB to build their own businesses, are now embarking on branding. Each, a boss in their own right, have interesting stories behind their entrepreneurial success.

One such self-employed female entrepreneur is Ayla Taşezen, who now has a textile workshop she opened with KOSGEB's support. Taşezen says that a good idea and products are not enough for success. "With KOSGEB, new entrepreneurs are able to overcome the difficulties of establishing their most basic needs; financial support and a suitable business location."

KOSGEB offers grants and interest-free loans to anyone who wants to be a business-owner regardless of their age. Sultan Daniş, who used to make cheese and yogurt she would sell from home, is now the owner of a milk production facility at the age of 68. Daniş says she hopes to be able to provide employment opportunities for young people.

Founder of the Salıcı Textile firm, 25-year-old Ece Salıcı Arıak says, "I built my business from the entrepreneurial support offered by KOSGEB. I am now trying to take advantage of the other ways KOSGEB offers support in order to further grow my business. I am also providing employment opportunities in my region," said Arıak

According to research on women in senior management positions prepared every year for Women's Day by the independent assurance, tax and advisory firm Grant Thornton, Turkey is 15th amongst the 44 top nations to have the highest number of female senior managers. Accordingly, statistics show that the ratio of females in managerial positions in developed nations is lower than those for developing nations. In a list of 44 nations, America, England, Switzerland, Japan and Holland were at the bottom of the list. Turkey is in the 15th spot with a 30 percent ratio of women in senior positions. There was a parallel evident between statistics for female senior managers and rate of economic growth.

A BIRD CANNOT FLY WITH A SINGLE WING

Emphasizing that women need to be further encouraged to become entrepreneurs, Industry Minister Nihat Ergün states, "An economy that is not half comprised of women won't be able to fly with that single wing."