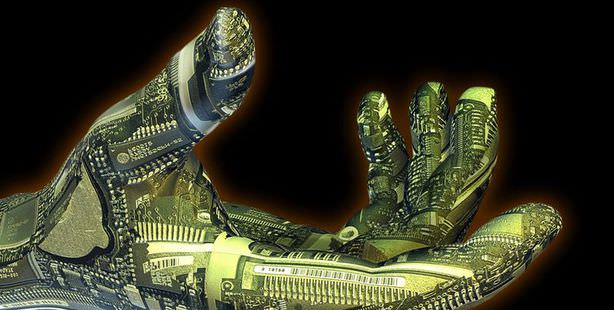 Three recently graduated computer engineers have developed a groundbreaking invention in medicine. The three entrepreneurs have invented a robotic arm that is able to receive commands through thoughts.

Entrepreneurialism in Turkey is advancing in leaps and bounds as each day passes. As young entrepreneurs try to steer away from more classical investment ideas, they are now beginning to sign on to business ideas and inventions that could revolutionize the business and now the medical world.

Selim Çelik, Erdem Tatlı and Görkem Sarıgül, three computer engineering graduates from Istanbul Kültür University, have now become pioneering inventors as well as entrepreneurs. The three young entrepreneurs, which have been working on manufacturing remotely controlled handmade planes and helicopters, have now honed their expertise into an invention which may be a breakthrough in the medical sector. After a three-year study, the three engineers have successfully manufactured Turkey's first-ever prosthetic arm which can mentally receive commands.

The prosthetic arms manufactured by the young engineers differ from others of their kind worldwide in that they are easily attachable to the human body without necessitating surgery. Selim Çelik describes the project, which he says will soon go into serial production. "The system we have developed uses brain signals to move the robotic arm. We used the system applied in EEG devices. The robotic arm moves according to data transmitted by an EEG sensor which receives mental commands. We are the first in the world to utilize EEG signals on a robotic arm. We also designed all of the mechanics. This product could easily be used in the medical sector. It is especially appropriate for those who have lost their arm from the elbow."

The robotic arm operates through the recording of thoughts commanded by the brain. "When a person has a thought electric signals are developed in the brain. These signals are then received through electrodes that are implanted in the cranium. Every person and thought creates different signals. We tell the user to think of something specific and then we record the signals. A computer is able to perceive commands through these recordings, which is then transmitted to the robotics," states Çelik.

The three engineers were the recipients of the Istanbul Electric- Electronic, Machinery and Informatics Exporters Union (TET) R-D Project Market award. TET Union Chairman Fatih Kemal Ebiçlioğlu described the award by stating, "TET held the awards for the R-D Project Market for a second year in order to increase the added value and sustainability of our exports."