Turkish Airlines breaks another record, this time in plane orders 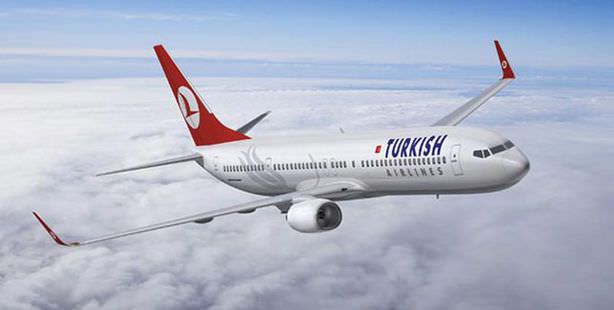 Already the record-holder for flying to the most destinations in the world, Turkish Airlines (THY) has now broken another record, this time for giving the most orders for new planes. Turkish Airlines recently made the highest order at 117 planes from Airbus, ever-before-seen in the history of Turkey's civil aviation. In an attempt to acquire narrow-bodied planes, Turkish Airlines has ordered 117 planes from Airbus, 82 that are definite and 35 that are optional, which they plan to integrate into their fleet in 2015. The total cost for the planes will be around 10-12 billion dollars.

THY Chairman of the Executive Board Hamdi Topçu had announced in January that the airline planned on purchasing over 100 narrow-bodied and mostly new generation airplanes.

With the new orders, THY's current fleet of 211 planes will jump to 375 by 2020. Turkish Airlines is hoping to have transported 46 million passengers by the end of the year and has long term goals to bring that figure up to 90 million within the next seven years. Turkish Airlines' objective is to raise their current turnover of eight billion dollars to 18 billion dollars and to increase their number of employees from 15,679 to 28,944.

In December, Pegasus Airlines broke the previous record for highest plane purchases by reaching a deal with Airbus to buy 100 planes. Meanwhile in 2012, THY closed the year with 14.9 billion dollars in revenue and 1.1 billion TL in net profit.