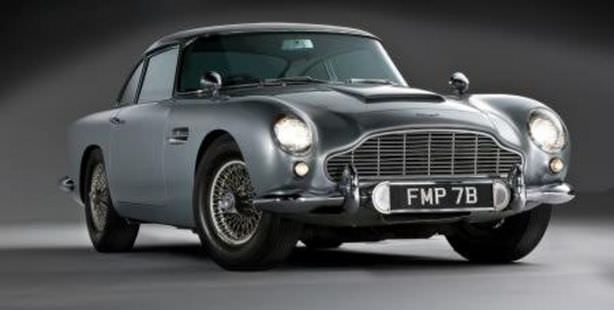 The economic crisis in the west has led billionaires to sell off their once most-prized possessions. However quite contrary to the west, in which the wealthy are having to sell off their jets, homes and even cars; the wealthy in Turkey have doubled their fortune since the start of the crisis.

Billionaires engulfed in the economic crisis in the United States and in Europe have been forced to sell off some of their most prized possessions, spanning from castles to jets, yachts and even their cars.
Most recently, a Swiss millionaire had to put up his Aston Martin, which was used in the 1965 James Bond film 'Thunderball' for sale. Unlike the case of Thomas Straumann, who was forced to let his Aston Martin DB5 go, the wealthy and prosperous in Turkey are doubling their fortune.

Most of the billionaires who failed to place in Forbes 2013 list of the world's wealthiest are from the United States and Europe. The main reason for their sudden disappearance is their stocks. The excessive back and forth of shares due to the inconsistency in the economy has ended up boring holes in company-owners' pockets. Coupled by the drop in market value of their firms, these barons are now seeing their wealth waste away. Even though 60 individuals, mainly from the U.S. and the EU, have been dropped from Forbes' dollar billionaire list, 210 new names were added. The majority of the new inclusions are from the world's developing regions.

Marc Pincus, the co-founder of the social games firm Zynga suffered a major setback in 2012 when shares dropped all the way down to 15 dollars. With Facebook's going public scandal, shares suffered a severe drop. Between the months of March and August, shares dropped by 80 percent.

Canadian precious metal fanatic Eric Sprott's firm Sprott Inc. crashed in both the Canadian and U.S. stock exchanges. The fast rises and lows in gold and other precious metals has resulted in melting away 45 percent of the company's shares in just one year. As a result, the precious metal aficionado Sprott has nearly been bumped from billionaire status.

Vijay Mallya's Kingfisher Airlines is rocking the border of being forced to shut down. Planes have remained grounded and salaries haven't been paid out to employees in months. The spouse of an engineer employed for the firm attempted suicide as a result of their dire financial situation. Mallya is currently trying to sell his stake in the beverage firm United Spirits for two billion dollars to pay off his debt.

This is a translation of an article originally written by Baris Ergin.