A $15 billion trade target with Holland 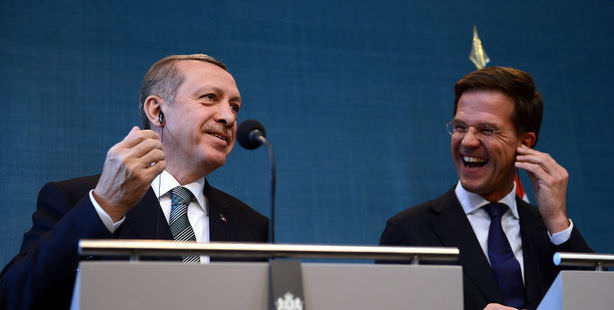 Prime Minister Erdoğan has announced that the joint trade volume between Holland and Turkey, which is seven billion dollars at present, will increase to 15 billion dollars by the end of 2015.

Addressing a CEO Forum attended by representatives from both Turkish and Dutch firms, Prime Minister Recep Tayyip Erdoğan stated, "Turkey is determined and resolved to raise trade volume with Holland to 15 billion dollars by the end of 2015."

Speaking at the Dutch-Turkish business forum held yesterday at the end of trips to Denmark and Holland, Erdoğan reminded that last year Turkey and the Netherlands celebrated their 400th year anniversary of upholding diplomatic relations. During the address, Erdoğan stated that the current joint trade volume between Turkey and Holland was seven billion dollars, which, he emphasized, they feel is insufficient. Erdoğan also mentioned that they practically declared this consencus during a meeting with Dutch Prime Minister Mark Rutte.

THERE ARE 400,000 TURKISH CITIZENS IN HOLLAND