Turkey is producing a national predator 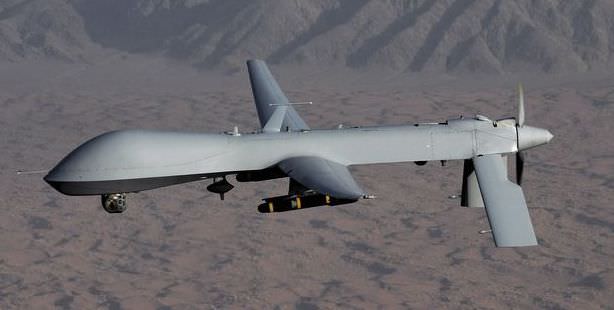 Defense Industry Undersecretary Murad Bayar has announced Turkey’s plans to develop a turbine jet aircraft that will be an equivalent to the armed unmanned aerial vehicle, the Predator.

The International Air & Space Power Conference ICAP 2013 is being held for the first time in Istanbul. Speaking on the sidelines of the event, Defense Industry Undersecretary Murad Bayar revealed that they have initiated a project to build a domestic turbine jet aircraft, which will be the equivalent of the United States' Predator. Bayar also announced that the conceptual design of Turkey's first fighter jet is planned to be completed by the end of the year.

Bayar discussed the new fighter jet project with reporters, "This project was started last year. Our goal is to complete the conceptual design by the end of the year and to then present the project proposal to the Defense Industry Executive Committee." Explaining that the development of the aircraft is still in the maturation phase, Bayar said, "After the design has been completed, the engineering and development phases will begin." This was the first time the preliminary draft of the project was shared with the public.

A NEW UPDATED VERSION OF THE ANKA

Murad Bayar also shared information on plans to upgrade the ANKA, Turkey's unmanned aircraft, by stating, "The ANKA is a piston-engine aircraft. It operates at a certain elevation and carrying capacity. A turbine motor means the same thing as a jet engine. In other words the new ANKA will be able to fly at a much higher elevation, speed and carrying capacity. For example, the current ANKA is 1.5 tons; however the new offensive ANKA will be four tons. As a result, its carrying capacity, capabilities and sensors will be that much more developed."

AN IMPORTANT GUEST FROM THE U.S.

The ICAP conference, which runs from March 27-29, was also attended by Air Force Commander General Mehmet Erten. Also participating in the event was a very special guest from the United States, none other than Brigadier General Marshall Brad Webb, who was part of U.S. President Barack Obama's security team which oversaw the capture of Osama Bin Laden from the White House.