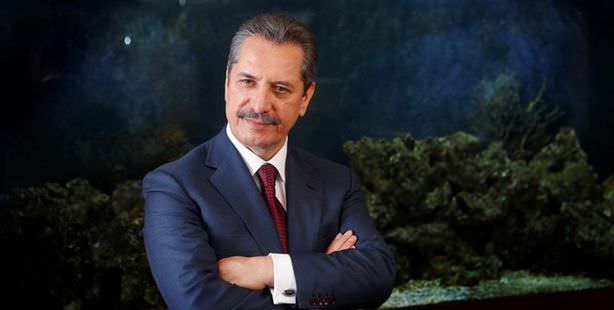 In support of the government’s ongoing solution process, Çalık Holding Executive Board Chairman Ahmet Çalık announced plans to invest in the eastern regions of the nation by stating, “I am from Malatya. We will invest there as well as in other areas of the region.”

Çalık Holding Executive Board Chairman Ahmet Çalık says that the solution process initiated by the government will prove extremely important for Turkey's economic development. "I am from Malatya. We have nearly 4,000 employees there. We will invest in Malatya as well as in other areas of the region," stated Çalık.

Speaking to reporters on the sidelines of the Uludağ Economic Summit, Çalık also commented on how S&P's recent upgrade of Turkey's rating will reflect on the nation's economy. Noting that Turkey has signed on to significant economic success over the past ten years, Çalık says, "This situation leads to new opportunities."

WE ARE PRESTIGIOUS IN THE WORLD

Turkey is now one of the world's most prestigious nations, says Çalık adding, "I feel that Turkey's credit rating is already higher than a number of others. We have great days ahead of us." Çalık pointed out that Turkey has now reached a position with its neighbors of being a country that is able to collaborate well in both its region and in the global market and emphasized that Turkish firms are now signing on to significant investments both within the country as well as abroad.

Çalık Holding Chairman Ahmet Çalık went on to state, "We are collaborating with global firms. Those who collaborate with Turkish firms end up profiting. We have high-level administrators in some of the world's biggest global firms. Turkey has embarked on a new era. All of this will bring new prosperities to our country. We have a lot of prestige," said Çalık.

Ahmet Çalık also shared information on Çalık Group's strategic goals by stating that they plan to make a series of serious investments in the energy, mining, construction and finance sectors. "We are currently in 18 different countries. We have 20,000 employees. We will be growing in both areas." When asked if he had any plans for acquisitions or public offerings, Çalık responded by stating, "Acquisitions may occur from time to time. Right now there is nothing concrete. We do have some people working on the issue of making public offerings in the real estate and energy sectors," said Çalık.