Arabs are coming for finance 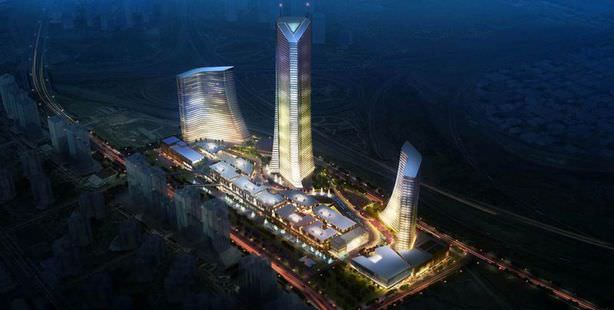 The Istanbul Finance Center and Islamic banking have become the standout items at this year’s Turkish-Arab Economic Forum. Foreign investors are honing in on IFM and Metropol Istanbul.

The eighth Turkish-Arab Economic Forum (TAF) took place on Thursday in Istanbul. The Istanbul Finance Center and Islamic banking were two items that made a significant mark at the forum.

Banking Regulatory and Supervisory Agency (BDDK) President Mukim Öztekin states that the share of participation banking at present is five percent; however over the next ten years this figure will rise to the 15 percentile level. Explaining that public banks will be the pioneers in this realm of banking, Öztekin said, "We have not yet received this sort of demand, however if we do, we will lead the way for the private sector." Öztekin also said that it will be best for Halkbank to continue on in participation banking under the same name.

Derya Gürerk, the General Manager of Islamic lender Turkiye Finans Katilim Bankasi AS stated, "For the sector to reach the 10-15 percentile level in 2023, equates to at least a 200 billion dollar scale." Türkiye Finans Executive Board Chairman Mustafa Boydak delivered the message that the bank may be offered to go public by the end of 2014. "If Ülker Group decides to exit finance and offers us a proposal, we will consider it," said Boydak.

President of the Istanbul Stock Exchange İbrahim Turhan has announced that they may integrate the Egyptian Stock Exchange with the ISE. "This would be a great collaboration project," said Turhan.

İnanç Kabadayı, the Executive Board Chairman of EgeYapı, which has joined forces with Saudi Arabia's Al-Qemam Holding for the joint 80 million lira investment into the Pegakartal project says that at present three percent of sales are being made to the Gulf, however that figure will soon be on the rise. "I believe that once the legal regulations are established for residential permits, there will be a fast increase in property purchases from Gulf investors," stated Kabadayı while also emphasizing that they will continue to conduct joint projects with Arab investors. Kabadayı also shared the news that they are currently working on a new and large-scale project and said that they are also about to undertake a project in the Gulf region.