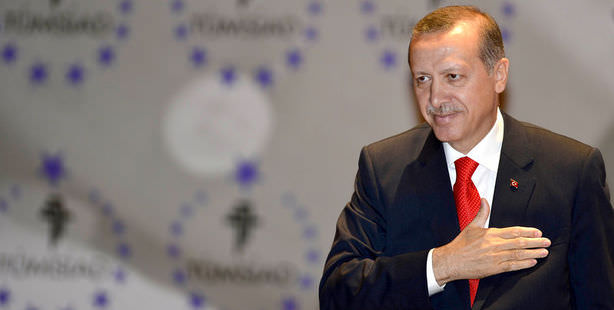 During a speech at the All Industrialists and Businessmen's Association (TÜMSİAD) general assembly on Sunday, Prime Minister Erdoğan announced that Turkey’s economy grew by 2.2 percent in 2012.

During a speech delivered at the Fifth General Assembly for the All Industrialists and Businessmen's Association (TÜMSİAD) in Istanbul on Sunday, Prime Minister Recep Tayyip Erdoğan stated, "In this environment in which developed economies are seriously regressing, with average economic growth in Europe having dropped to lower than zero percent, Turkey's recording of 2.2 percent growth is definitely a very significant success."

Remarking that the Belgian economy has shrunk by 0.2 percent, Erdoğan went on to state, "In the same manner, the Czech Republic's economy has contracted by 1.3 percent. In 2012, Italy's economy also regressed by 2.4 percent. The growth projection for Greece is at minus 6.4 percent. We have also witnessed that the economy in Germany sufficed to grow just 0.7 percent, while the growth rate in England and the United States was the same as ours, in other words 2.2 percent. In Japan, the rate of growth remained at two percent," said Erdoğan noting that while regression and stagnancy are being experienced throughout the world, Turkey was able to achieve positive economic growth.

During his address at the All Industrialists and Businessmen's Association general assembly, Erdoğan also remarked on comments regarding Turkey's economic growth. "At times, the opposition comes out and says, 'debt has increased by this or that much' however believe me this is all due to economic ignorance. First of all, the rise in debt is calculated according to national revenue. In 2002, our debt stock was at 74 percent of the national income. We have drawn that rate down to 36 percent," Erdoğan told the assembly.