Turks in demand for a ‘crazy’ Suez Canal project 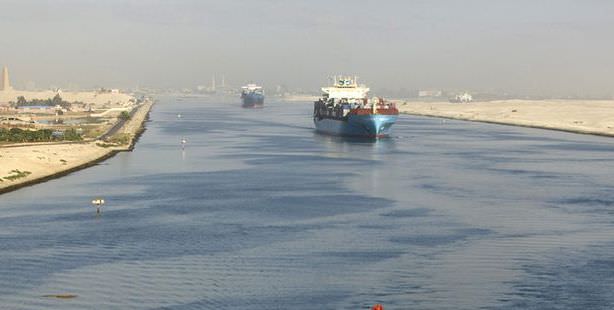 Arab and Turkish businessmen will soon be convening along the Suez Canal. As Egypt embarks upon a 100 billion dollar ‘crazy project, which includes constructing a techno park, port and industrial and commercial zones, they are now trying to draw in Turks to the new development.

The Suez Canal, which has always been a significant historical source of revenue for Egypt, will now soon be the home to a new 'crazy project'.

The Egyptian government, which is trying to repair the damage incurred through the Arab Spring, has now begun negotiating with Turkish firms in order to transform the canal district into one of the world's biggest industrial, commercial and technological sites in the world. This project, which was originally prepared by Egypt's overthrown leader Husnu Mubarak in the 1990's, will now be realized through collaboration between Turkish and Arab businessmen. The call made by the Egyptian Investment Ministry has been responded to positively by its Turkish recipients.

WE HAVE ASPIRATIONS FOR EVERY LEVEL

The project includes the building of a new port, techno park, refinery and free trade zones in the canal's surroundings. According to the Turkish Foreign Economic Relations Board (DEİK) Turkey-Egypt Business Council Chair Zuhal Mansfield, Turkish firms are expressing an interest to be involved in every aspect of the project. "Just last week Egyptian Investment Minister Osama Saleh arrived to Turkey to explain their development plans for the next 30 years. Due to the fact that it is a restrictive area, the Suez Canal project will need to be conducted with precision. A tender will be launched for the project and Turks are aspiring to take part at every level," stated Mansfield.

The Egyptian government is also planning on extending the Suez Canal. Plans are to transform what is now a vast desert surrounding the 100-mile wide long canal, into a mega global economic center. According to an authority consulting for the project, Egypt is currently only earning 5.4 billion dollars from the canal. The nation's administration is hoping to transform the canal from solely being a passing point for ships to become a logistic base that will also include offering maintenance, repair, supply and stocking services for tankers. Egyptian President Mohamed Morsi is planning to bring in 100 billion dollars in revenue once the project is complete.

Mansfield points out that Turkey's foreign trade volume with Egypt is current at five billion dollars, a figure which they are trying to double. "We want to ensure all financing is conducted with local currency. Therefore a bank from Egypt will be coming to Turkey. When a Turkish bank conducts sales and purchases there, the financing will not be conducted through foreigners," said Mansfield.