We will learn the technicalities of the job from the Japanese 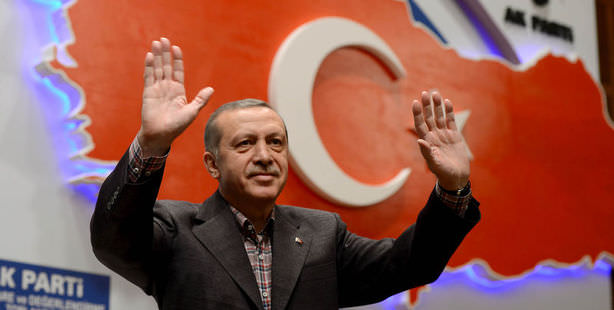 Prime Minister Erdoğan announced plans to found a university with Japan in order to establish the know-how for Turkey to build its third nuclear power plant.

Prime Minister Recep Tayyip Erdoğan announced that the new nuclear power plants will work to decrease the cost of energy. Speaking at the AK Party's Kızılcahamam Camp Erdoğan said, "God willing our country will not have an energy shortage. At this present moment we actually have an energy abundance more so than a shortage. We are slowly but surely, making efforts to be able to use natural gas for heating and investments." Erdoğan stated that they are working towards attaining a multiplicity of sources, "We are not getting our gas from just one or two countries, we are about to put our fourth source into operation. This will increase competition and we will therefore enter 2023 very differently."

Erdoğan, who stated he wanted the third nuclear plant to be built by Turks, stated, "At this moment we have around 500 youths that come and go from Russia. They will receive an education there. They will play a role in the Akkuyu project. We will be establishing a Japanese-Turkish technical university. With this step, we will be ensuring advancement both nuclear-wise as well an information-wise."

THREE RECORDS IN ONE DAY

Prime Minister Erdoğan also announced that the day prior Turkey broke three records and conducted two historical tenders. Erdoğan announced the records as being: the Istanbul stock market reaching 89,686, the interest on debt owed dropping to less than 5%, and that the Central Bank reached 135 billion dollars in reserves.

WE WILL PLACE THY IN THE TOP FIVE

Erdoğan stated that the Sabiha Gökçen and Ataturk airports were no longer able to facilitate the needs of the city, "The landing planes are forced to fly above the city for 30-45 minutes before being able to land. We will overcome this issue with a new airport. We want to make Turkish Airlines, which is currently one of the world's top seven airline companies, to become one of the top five. Including the wide-bodied planes to come, our fleet will be increasing to 300 planes." Erdoğan also stated that investors will be paying 28 billion euros in rent for the third airport..

FOUNDATION TO BE LAID FOR THE BRIDGE ON MAY 29

Erdoğan, who delivered the message that the foundation for Istanbul's third bridge will be laid by next month at latest, stated "Hopefully transportation will become more comfortable. With four lanes in both directions as well as a rail system will make it that much more prosperous. Our goal is to lay the foundation for the third bridge on May 29th, because that day is symbolic for Istanbul. As you know a conquest is also an opening. We want to open Istanbul to new horizons."