The resolution process and the economy 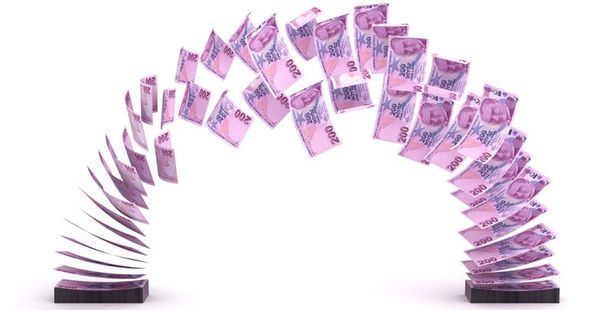 The new incentives system which has come into effect alongside the resolution process, will contribute significantly to investments and employment while also transforming the region into a center of attraction.

The Kurdish question, the issue that has caused this country the most pain since the start of the 1980's from an economic stand point, has not only affected the Southeast negatively, but rather the entire country.

Over the past 30 years, the funds which should have been devoted to the nation's most vital and necessary resources, such as on education, health and prosperity have instead been diverted towards military spending, leaving the country with a great burden. It is due to these reasons, especially when taking into consideration the high inflation, foreign debt, large budget discrepancies and the current deficit that especially became a reality in the 1990's, the economy took on a fragile structure leaving it defenseless against internal and foreign crises.

Along with this, the unfinished development projects from years past, have not only lowered the national income, but have also served as a cause to the development of a low national per-capita income. On the other hand, because of the risky reputation of the area, investments have remained low despite the government's heavy incentives programs. This has left this area face to face with high unemployment rates and a high rate of migration.

Turkey as a strong economic center

The region's political and economic instability also affects the country's economy negatively in that it damages the country's international appearance. Credit rating institutions that have a strong directing influence on the market, have for a long time kept Turkey's credit rating under the category of "not investable". Being rated below the level of investment-grade, Turkey was blocked from receiving funds and the high interest rates from outstanding debts left the country with a heavy financial burden. The Kurdish question that has remained the most pivotal issue in Turkey for years if put through a healthy resolution process ending in peace would ensure significant support for the stability of the nation's economy. The environment of political stability and security obtained by Turkey over these past 10 years has provided important contributions to economic stability. Due to this, in addition to the 110 billion dollars of direct investments from foreign investors over the past nine years, Turkey also became the 13th most desirable country for investments in 2012.

Due to the activation of the resolution process and the resulting improvements in the investment atmosphere, the region will be able to reach its potential and tap into the resources that for years remained unutilized, providing a contribution to the improvement of the nation's perception. Some credit rating institutions have hinted that continuing along these lines will also serve to raise the country's credit ranking as well.

On the other hand, foreign investors have above all else a desire to increase trade with the Middle East, Africa and North Africa, therefore this country's natural position would allow enticement for greater investments in these regions. The economic transformation that will be realized in the area would allow for the efficient use of the region's resources, and would support the continuity of this atmosphere of trust and peace. With this process, the area would see serious advances in employment opportunities as well as opportunities in farming, animal husbandry, and tourism. The region's present potential coupled by the government's incentives, will draw in further investors who in turn will increase the investment volume. Accordingly, the region's increasing wealth will play a key role in the development of the country's economy.

The new incentive system taking effect alongside with the resolution process will make important contributions to employment and investments and will also transform the area into an attractive hub. The incentive applications for this area from the last period reflect this. The investments that are to be made to the area will also serve as a solution for migration issues will reduce the developmental gap between the areas. Because of this, the areas that posses this important economic potential will be transformed into numerous attractive hubs. The provinces in the South, and the Southeast, especially Diyarbakır and Mardin, will become the nation's most attractive provinces.

The value of N. Iraq will grow

The normalization of the area as an outcome of the resolution process will strengthen Turkey's geopolitical position in the energy sector and its strategic significance. Turkey's relationship with nations that have energy resources as well as its strategic position is important. Today, it is only feasible for Northern Iraq to open up to the world as well as to realistically transport petrol from N. Iraq to Europe safely and cheaply through Turkey.

This certainly defines Southern and Southeastern Turkey geographically as a gateway for the world's energy. The resolution process and the peace that it will supply in the long run will lead to greater funding in the region's energy sector. Turkey will come to a position of influence in the global energy market. This situation also carries importance, as it will reduce Turkey's dependence on foreign energy.
Due to these reasons, the Kurdish question is the biggest issue standing in the way of Turkey reaching its social and economic goals, to be a regional power in 2023. A solution to this issue will benefit both its future and its stature internationally.

This is a translation of an article originally written by Erdal Tanas Karagöl.