Turkey’s scientists residing abroad are migrating back to Turkey 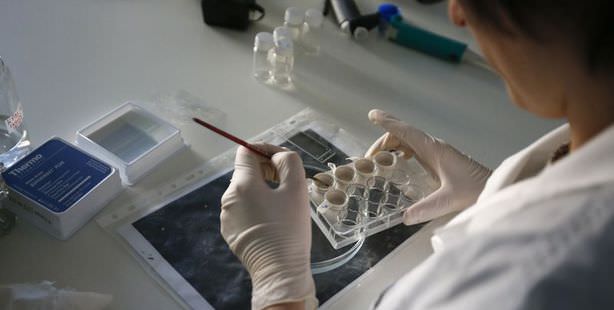 The ‘super brains’ which left the nation for open horizons abroad years ago are now setting their sights on returning to their homeland. Over 250 Turkish academics and scientists from some the world’s most famous universities have now returned to Turkey.

The dazzling growth performance in Turkey's economy and political stability has broken the back of the "brain drain" in the past which saw the nation's most promising candidates seeking careers abroad.
These 'super brains' which in the past headed for positions in some of the most prestigious universities in countries such as America, the U.K. and Japan, are now steadily returning to their native countries. Two-hundred and fifty Turkish academics and scientists who have been working with some of the world's most prestigious universities such as Stanford, John Hopkins and MIT, have now officially returned home to Turkey. It is this return of these scientists that is destroying the previously prevalent notion that, "Turkey is not a place to return to."

Minister of Science, Industry and Technology Nihat Ergün explains that as a result of efforts that have been ongoing for four years now in the United States by the Scientific and Technological Research Council of Turkey (TÜBİTAK) by way of a workshop entitled "Hedef Türkiye" (Target Turkey) as well as other grant and scholarship programs, 250 Turkish researchers have now returned to Turkey. "Through workshops held under the slogan, "Let the brain drain become the brain return" the opportunities that now exist in Turkey were relayed to participants. Now, those researchers that have chosen to return to Turkey are finding employment and positions in universities and industrial establishments here," stated Ergün.

A CALL TO RETURN HOME

Bilkent University Assistant Professor Dr. Ayşe Begüm Tekinay explained the pleasure of being able to return to Turkey by stating, "I spent ten years conducting research in molecular biology at the Rockefeller University in the United States. During those years, the opportunities in Turkey were extremely limited. Right now I am working at the Bilkent University National Nanotechnology Research Center (UNAM). I tell all of my colleagues, 'return home because there is a lot of work here."

* Yusuf Yusufoğlu (ARÇELİK): "I spent six years in America. During TÜBİTAK's "Hedef Türkiye" workshop, I had the opportunity to speak with the Arçelik firm. I was pleased to see the importance placed on research by Turkey and decided to return."

I am continuing my project

* Assistant Professor Dr. Orçun Kepez (Kadir Has University): "I worked at North Carolina University. I returned through a brain drain reversal program. I now have the opportunity to continue the work I began in the U.S. from here."

It is possible to compete with the world

* Doç. Dr. Bahadır Tunaboylu (TÜBİ- TAK MAM Materials Institute): "I spent 21 years in America. After I completed my doctorate I began working as a Research and Development director at a private firm. Turkey has now become able to compete with the world and the opportunities it has to offer are much more dynamic than in a number of other nations. It is due to this environment that a number of researchers prefer Turkey."