Turkey is increasing the appetite of foreign investors 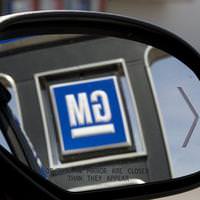 Despite record breaking sales in the automotive market in recent years, an average of 800 thousand vehicles are sold in a year. This is hardly a testament to Turkey's true potential. When considering the number of automobiles that befall each thousand people compared to the actual figure of the young population, it becomes evident that the market potential is well over one million.

You see these statistics work to increase the appetite of foreign investors. For some time now investors have been opening or purchasing available dealerships in Turkey and by doing so they are in effect making plans to take further steps in the automotive sector. The Qatari Mannai Group was one such holding that rushed to do this. By opening the Chevrolet showroom and repair facilities in Istanbul, they have now made the first investment in Turkey.

The investment came from Qatar

The Mannai Group, which are the leading distributer of General Motors in Qatar, have 60 years of experience in the automotive industry. The group's General Manager Mohamed Helmy, stated that Turkey presented an incredible opportunity. The attendance of high ranked executives such as the President of GM International Operations Timothy E. Lee and the President of Chevrolet Europe Susan Docherty at the facility's opening was evidence of the importance given to Turkey.

The Mannai group was not the first to invest in dealerships in Turkey however. The ALJ Group saw the opportunities in Turkey years ago and had purchased the distributing rights for Toyota from Sabancı Holding. There are quite a few investors chasing after investment opportunities and are currently getting in line to enter Turkey.


Translated from an article by Ufuk Sadik on Sabah.