The Turkish Treasury hasn’t been this wealthy in 200 years 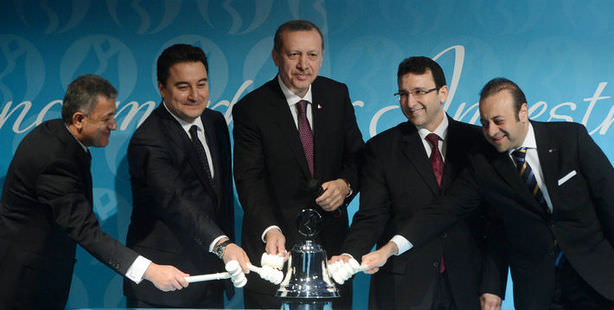 Since 1800 Turkey has never been able to pay its debt and has had to refinance six times.

Well what exactly does it mean to have a net surplus of 26 billon dollars?

It means that when we remove the cash sum of the foreign debt, the government is left with a surplus of 26 billon dollars.
This is the first time in 200 years that Turkey finds itself in this situation.

Now let's look at other public treasury statistics…
First let's start with interest expenditures; in 2002 85% of the taxes collected by the government went towards interest payments, this figure now stands regressed at 17.4%.

Again the government's payment dates on internal debts was set at 9.4 months in 2004 but now has risen to 70.5 months. The internal debt payments were organized around seven-year terms in 2002 but have stretched to 20 years. Due to this, the Turkish Treasury is now capable of acquiring long-term credit, as it has become a state that is trusted by global investors.

Well how then has the recuperation of the Turkish Treasury affected the public? Before all else it has caused a rise in employment and a drop in unemployment. Because, between the years 2008 and 2012 while the employment rates in the European Union and the United States dropped by 4.8 and 3.4 million in Turkey it was on the rise providing 4.6 million people with new jobs. This was due to the closing of the budgetary gap and the reduction of interest payments allowing the government to offer more in terms of incentives to broaden the markets that lead to rising investments. With the rise in employment and investments, the level of prosperity also rose rapidly.

Let's take a quick look at the stats: While in 2002 30.3% of Turkey's population was living on daily wages totaling less than 4.3 dollars whereas this figure has dropped to 2.7% in 2012. The Gini Coefficient that shows us that as the figure approaches zero the country nears closer to a balanced income distribution, which went from 0.44 in 2002 to 0.39 in 2012, illustrating that over the past 10 years the income distribution has reached fairer levels.

Before we forget we should also mention another important topic that will add to growing prosperity, the issue that saw unanimous consent in the public opinion; the free universal health care coverage of all under the age of 18 regardless of lack of coverage from their mothers and fathers. The government showed us that it is the wealthiest it has been in the past 200 years by granting free equal health and educational coverage to all children under the age of 18.

Why is there a need to mention all of this?
There are some that are suggesting, or in their heads believing that Turkey is factionalizing. The truth is, a government whose treasury has prospered this much in the past 200 years will not become divided. It is states that cannot offer sufficient civil services that tend to factionalize. In-fact the past 200 years in Turkey have seen that the most problematic civil services, education and health have improved in quantity and in quality. There has not been a child left without health and educational care.

As you can see, Turkey has reached its most prosperous term in the past 200 years.
The notion of factionalizing is due to the current situation that sees to the old elites loosing their status. As a result, they attempt to spread rumors that the state is factionalized. Don't dare believe them. Turkey is not factionalizing. The exact opposite, it is becoming complete due to the increasing wealth of the civil treasury being able to offer equal civil services to every region.

This is a translation of an editorial originally written by Süleyman Yaşar.