New legislation and standards to come for ‘nargile’ water pipes 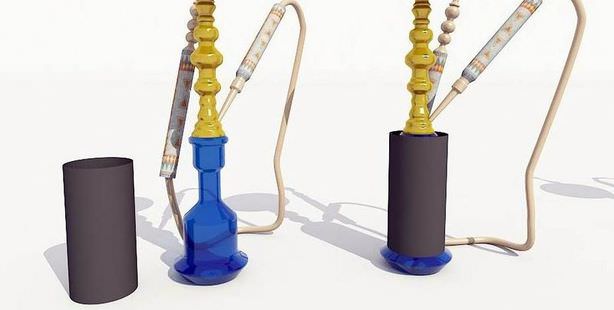 It will now be required to place health warnings on the glass portions of water pipes, regularly referred to as ‘nargile’ in Turkey.

The Tobacco and Alcohol Market Regulation Council (TAPDK) has released new regulations regarding the placement of health warnings on nargile bottles in the Official Gazette.

Accordingly, nargile bottles will now have to contain a visible health warning label. These labels may be constructed in either a cylindrical or cone-shape and may be constructed from PVC pipes that will begin from the top of the bottle-portion of the pipe. The label may either be screen-printed or may be in the form of a sticker; however they will be required to be permanent and irremovable.

The CMYK color model will be used for the label, requiring the usage of at least four colors (blue, red, yellow and black). The measurements will be 365 x 250 millimeters for the cylindrical shaped signs and will be 360 x 217 millimeters for their conical-shaped equivalents.

Nargile bottles must have conformed to the new regulations by July 27, 2013. The definitive measurements and content of the health warning will be released and provided on TAPDK's website. The warnings will be alternated periodically. All business locations with a license for nargile service will be subjected to the new regulation.