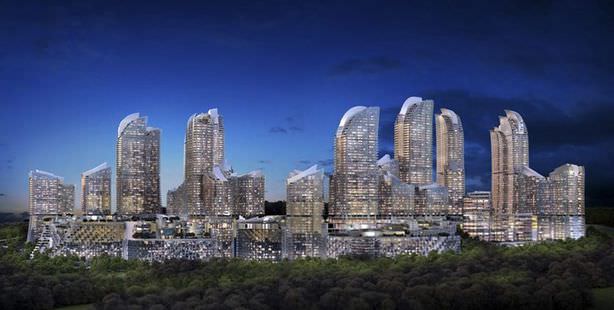 The Gezi Park protests have not frightened off foreign real estate investors whatsoever. The Arab investor who vowed last month to purchase two towers in the Maslak 1453 project has signed on the dotted line.

Ağaoğlu Group of Companies Executive Board Chairman Ali Ağaoğlu and Saudi Businessman Ehsaan Fareed Abduljawad met yesterday in order to sign the contract for the latter's 200 million-dollar investment in the Maslak 1453 real estate project. Friday's sale marked the largest transaction to date since the Reciprocity Law went into effect.

During the signing, Ağaoğlu Group Chairman Ali Ağaoğlu stated, "This transaction we are signing on to today is the most significant indicator of the security felt by foreigners for our country and our projects. This has been the best response to the negative atmosphere which surfaced following the Gezi Park protests and the factitious criticisms of our economy. Ağaoğlu added that the interest of foreign investors in real estate projects in Turkey has not dropped and is in fact on the rise.