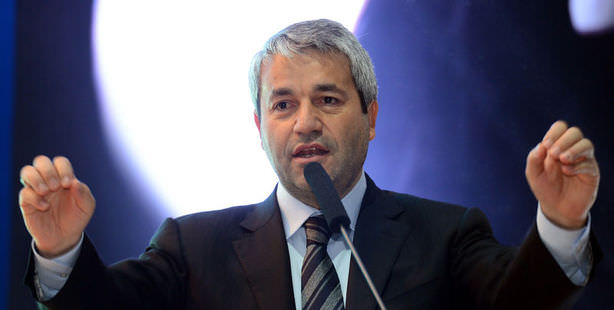 English investors have not paid heed to the coverage in the international media painting a negative portrait of Turkey during the Gezi Park protests and continue to keep the country on its radar for investments.

Rolls Royce, one of the world's biggest industrial institutions for aircraft engines and nuclear power plant equipment, has put Turkey on its investment radar. With intentions to work in conjunction with Turkish universities to set up research and development centers in technoparks, Rolls Royce is now looking into opportunities for a direct investment.

THEY DON'T BELIEVE THE HYPE

While in London, Minister of Science, Industry and Technology Nihat Ergün had the opportunity to meet with Rolls Royce's Director of Research and Technology Ric Parker. Ergün announced that Rolls Royce is researching investment opportunities in Turkey. According to the information obtained, during the meeting, Parker stated, "We place high importance on Turkey. We are especially interested in conducting joint projects on research and development with universities in Turkey."

Having met with a number of members of the business world as well as political officials, Ergün stated "The incorrect coverage on Turkey reported in the foreign press and especially on BBC and CNN has not disrupted the rationality of businessmen. They are not in an air of panic."