“The toll should be paid by businessmen that call themselves chapullers” 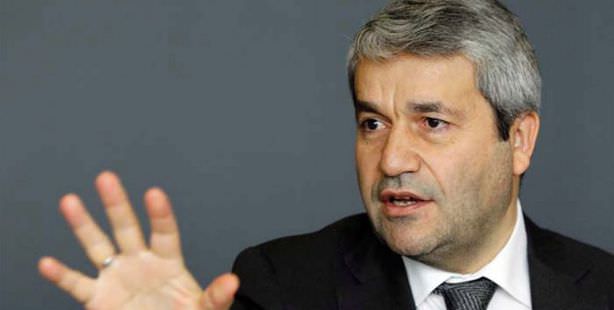 Science and Industry Minister Nihat Ergün suggests that the heavy bill for the damage to public property and businesses during the Gezi Park protests, be sent to businessmen who referred to themselves as ‘chapullers’, a term used in a speech by Prime Minister Erdoğan.

SABAH had the opportunity to speak with Minister of Science, Industry and Technology Nihat Ergün on a number of subjects ranging from Gezi Park to Egypt and scrap cars to domestic autos.

I would like to begin with the hot topic of Egypt. There are some that are making comparisons between Egypt and Turkey…

Only those who have expectations of a coup would compare Turkey with Egypt. There are still some who have such pretentions. Instead of working to establish their place in democracy, they want for there to be a coup. Turkey has had very painful experiences. The Turkish Armed Forces (TAF) has also seen the costs these coups have burdened the country with. Everyone's role is now clear. The TAF's duty is not to design politics. In the past, those with political ambitions would use the military. Now there is just one place those who aren't pleased with the government can go to and that is to the public.

WE UNDERSTAND THE YOUTH

Despite the coups, the tradition of democracy has finally settled in. You come with an election and leave by an election. There hasn't been anyone who has won an election and then said they wouldn't leave. Those who want to be in power need to access the level of the public. In my opinion, when the opposition party is unable to makes themselves resemble anything; they then try to liken us to certain things. For example, they compare us to a dictator. Don't try to compare us to anything. If you want to rule the government, then try to make yourselves resemble an opposition party. The Best example I can give for that is England's Labour Party…

What did they do?

After 18 years of a conservative party leadership, they underwent a serious transformation and came to power. Is CHP ready to change their six darts? Rather than questioning us, they need to renew themselves. You are not Turkey's party of the future; you are the party of the past. We are reviewing ourselves. In democracy, you need to respect the mind of the voters.

Have you made a review since the Gezi Park protests?

We are the party that most closely follows the changes in Turkey. If we set aside those protesters who are not democratic, the youth in the parks were brought up during the past ten years which was the decade in which Turkey has transformed the most. The AK Party is the one that can form the strongest dialogue with the youth. There may be criticism or expectations of the government, which we will heed. This is not a static party like the CHP.

WRECK INCENTIVE WILL BE RELEASED BY THE END OF THE YEAR

What is the latest situation regarding providing incentives for scrap cars?

We are working with the Finance Department. We are planning on implementing a similar system as was done in the past by the Transportation Ministry for trucks and buses in which they erased their tax debt and offered 5,000 TL for older vehicles, for cars that are over 20 years old. If someone who has an old car buys a new one (produced in Turkey) then the idea is they will be able to use the financial support as a down payment. We will complete the process by the end of the year.

Have there been increased investments in Organized Industrial Zones in the region as a result of the resolution process?

The resolution process has altered the atmosphere in the region. People have gained morale and motivation. There is no more room left in the Organized Industrial Zones. There at least 15 more being built in regional provinces including Diyarbakır, Batman and Van.

INTEREST SUPPORT FOR SME'S ON THE WAY

Will there be a new package involving SME's?

We may present a credit interest rate support package towards the end of the year.

THERE ARE NO IDEALIST INDUSTRIALISTS

We have discussed a domestic vehicle for awhile, however what is going to happen?

We need to stop talking about it and someone needs to do it. Industrialists are not idealists as in the past. Maximizing profit takes the forefront. TÜBİTAK (Turkey's Scientific and Industrial Research Council) is now calling for the development of batteries and engines and is offering 100 million TL. Derindere and Osman Boyer are amongst those fielding proposals.

Has an inspection begun into the interest lobby?

If there is anyone who has committed a crime, a judiciary process will follow. If you want to benefit from an interest rate hike due to these incidents then society will question your work ethics. If you wanted to profit from the instability in the country then you are an immoral man.

THEY ADOPTED THE EXPRESSION

Will those immoral men be punished?

If what they have done constitutes a crime then they will be evaluated accordingly. During that era certain businessmen said "I am also a chapuller" and thereby embraced the expression. If it were me, and if I couldn't find the actual person who threw the Molotov cocktail or destroyed and set my property on fire, well then I would send the bill to these businessmen.