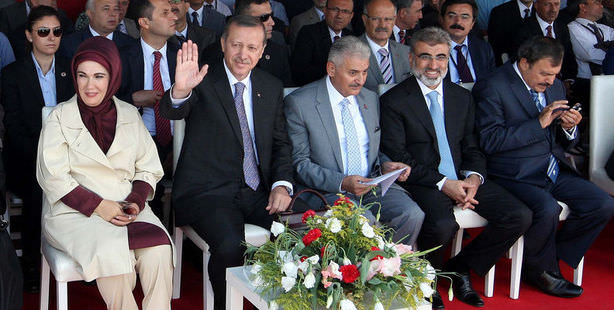 "We have truly done great work in Turkey. We have made the country one that breaks records," stated Erdoğan, adding, "I mentioned the interest rate lobby and they began jumping. Why are they jumping? It is because they are exploiting my people with non-interest income."

Erdoğan went on to state, "During this timeframe, 642 billion remained in our citizens' pockets. Not everyone should accept every card offered to them. Everyone should live according to their means. If not, well then I'm sorry if a debt enforcement officer shows up at your door. Once we are one of the top ten economies, we will be in a much different position in the world. We will establish big objectives and we will succeed."

Prime Minister Erdoğan explained that the inauguration on Friday was for an airport in Kastamonu as well as a number of private and public sector investments totaling 261 million liras and stated, "We have built an elaborate airport with its terminal, apron and tower. We have also completed all access roads leading up to the airport. We completed this investment with a nearly 100 million lira investment," said Erdoğan.