For Prime Development Turkey's border is a prime location 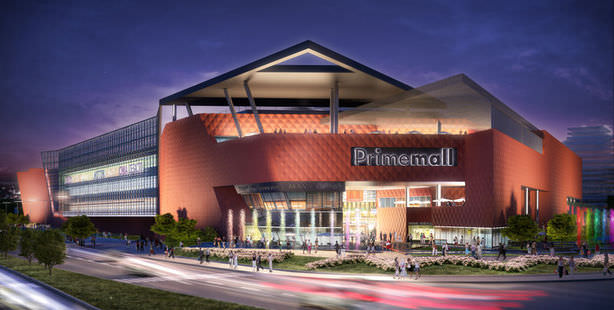 German giants Prime Development, the biggest investors yet in eastern Turkey have now opened a $150 million Shopping Center in Gaziantep. CEO Çetin says the firm, which has invested a total $500 million in the region thus far, will continue its endeavors in Turkey.

Germany-based Prime Development disregarded worldwide speculation on potential international military action on Syria and continued on with investments in the region. We had the opportunity to speak with Dr. Artuğ Çetin, the CEO of Prime Development, whose recent venture has been to open the Prime Mall shopping center, the result of a $150 million investment. Having already invested $500 million in the region, including two other shopping centers in İskenderun and Antakya, Prime Development aims to spend just as much more in the next three years.

How many countries are left in the world where you can come and invest and reap revenue?

* Were you not concerned about investing in the southeast of Turkey?

"The recent developments in the region are temporary. We however, are permanent. Our German investors say, 'We believe in Turkey.' This is a country that has a young population, the ability for consumption and potential for the future."

* Did you ever consider postponing investments due to the current events?

"Waiting is taking the easy route. This is the wrong way to think. You need to say, 'no stopping, continue on.' You need to be brave. There have been periods like this in a number of countries. Investment strategies should not be determined according to crises that will come and go."

* Why did you begin with investing in the east?

"We believe in every part of Turkey. An investment in a smaller region, rather than in big cities where competition is intense and property values are high, allows for it to gain momentum within itself faster. Thank goodness, we invested in İskenderun, Antakya and Gaziantep. Three years ago, there was not this initiative nor could we have known about the situation in Syria. We are responding to the needs of the public in the region and we have not experienced any negative momentum. This will all come to an end and will pass, but we are permanent."

* In a sense you are also involved in exports. Do you have many customers from foreign nations?

"We have 165 stores in Gaziantep. When you include Antakya and İskenderun, this number rises up to 500. Prior to the tension along the border, dozens of buses would come in from abroad bringing people to shop. Five-hundred brands sell the products they manufacture in Turkey to tourists. This is direct exporting."

"They are extremely positive. There have been a significant number of businesspersons from Gaziantep that have requested franchising from our 165 stores. Thirty percent of the stores and national brands are Gaziantep retailers. We conducted a survey for brands and were able to meld expectations with what we were able to do. Amongst those we have brought are Rolex, GAP, Starbucks, Hayal Kahvesi and Mothercare, etc."

There is no second country in Europe

* What are your objectives for Turkey?

"In the next three years, we want to have a one billion dollar portfolio. We have a system that operates like a factory every single day. In Europe right now, there is no second country that is like Turkey. Events such as the peace process and Gezi Park do not directly reflect on our investments. You just need to do your own business. If the country's foundation can be established correctly, which it is, then good work surfaces. I look at the issue from a commercial standpoint and I truly admire Turkey's performance."

* What are the firm's plans for Turkey?

"Prime Development manages $2.5 billion in assets in 15 different countries spanning from Japan to England. We are its channel in Turkey. They have designated $ 1 billion of that $2.5 billion to Turkey. This is not a portfolio to be underestimated."

* Why have you designated the lion's share for Turkey?

"When you compare Turkey to a number of global nations, it stands on its own two feet. Turkey's investors are also successful. They do not do business with high borrowing rates. Therefore, they are extremely healthy. The whole world should be following their lead," said Çetin.