Bursa exports knowledge to the world 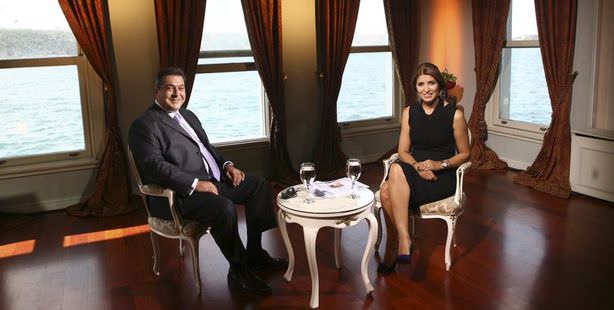 Steven Young, Representative of the Bosch Group in Turkey, says, “We are now exporting intellectual knowledge from Turkey to our other Bosch factories around the world.”

Steven Young, Representative of the Bosch Group in Turkey, was a recent guest on Sabah Newspaper writer Şelale Kadak's program on A Haber. Young, who has lived in Turkey for the past 17 years, shared the success German firm Bosch has had in the country, which it has operated in for nearly a century. Bosch, which began by inventing the spark plug 125 years ago, has now begun manufacturing in the automotive sector in Germany.

Many may not be well aware of this fact, but it was Bosch who invented the spark plug. How many spark plugs have been produced since then?

"They have produced 11 billion all over the world. Later, Bosch began working on new security systems in the automotives sector and began producing ABS brakes, airbags and new technology to include internet in vehicles."

Bosch came to Turkey in 1910. When did they begin producing?

"They started off selling auto spare parts. Then they began producing due to the need for spark plugs, horns, brakes, lighting systems and other spare parts. When we got into white goods, hand appliances and heating technologies, we released that Turkey was a very attractive market. We began producing in Bursa in 1971 with the diesel injector."

How many employees are there in Bursa?

"We have 7,000 employees in Bursa alone. We have four factories. We all produce for exports. We manufacture 30 different brands in the factory in Bursa and one out of every five vehicles in the world has a diesel injector manufactured in the Bursa factory."

What is happening with your turnover and exports?

"Last year we had over 10,000 employees and our turnover was two billion euros. Our exports have reached 1.3 billion dollars."

How much of that turnover is from white goods?

"We produce white goods in Çerkezköy and this constitutes one-third of our turnover. We are extremely big in automotives. We also manufacture in for autos with gas systems in Turkey. We also produce hydraulics and brake systems. In Manisa, we produce combination-heating systems. As Bosch, we have brought products that are high added value and able to be naturalized to Turkey."

How many countries does Bosch produce in throughout the world?

"We operate in 150 different countries and manufacture in 32. Our global turnover is 52 billion euros, 32 billion euros of which comes from automotives."

We know that Bosch places high importance on Research and Development. What is the situation in Turkey?

Bosch's R&D figures are very interesting. How many patents are created a day?

We apply for 19 patents daily. There are 43,000 people that work in R&D throughout the world.

Why was Bosch's 200 million euro investment in 2012 important?

"Because, it was the first time we decided to produce a new product for automotive diesel injectors outside of Germany and in Turkey. This was an indication of our trust in Turkey and we made this investment. We lobbied for it, waved our flag and secured this investment for Turkey."

You produce the batteries for electric bicycles in Turkey. What is the market like worldwide?

"Ever since 2010, Bosch has been producing the entire electric power unit for bicycles. We have 50 bicycle producers throughout the world as customers. We would like bicycle producers in Turkey to produce an electric bicycle, however nobody is doing that now. These bicycles sell immensely in Germany, Holland and Sweden. Last year there were one million sold in Europe, 380,000 of which were sold to Germany."