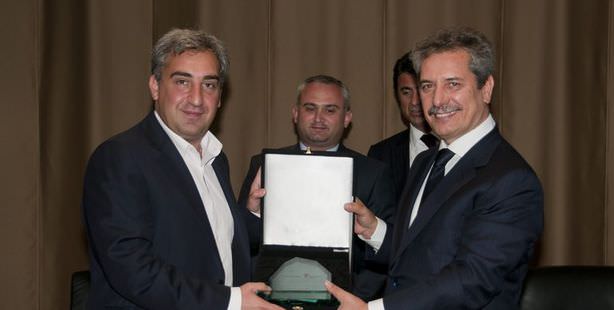 Çalık Enerji, an affiliate of Çalık Holding, is taking on the task of constructing the Gardabani combined cycle power plant, which is vastly the largest investment made in recent years in Georgia's energy sector.

Located just 35 kilometers from Tiflis, the Gardabani combined cycle power plant is the largest investment in Georgia's energy sector in recent years. The Gardabani plant will have a 230 MW capacity and will operate using a General Electric brand turbine.

TO BE COMPLETED IN TWO YEARS

The Gardabani plant will begin producing electricity in 740 days time. The fact that Çalık Enerji has undertaken the project is expected to provide a significant contribution to the benefit of both political and economic cooperation between Turkey and Georgia.

Based on 2011 figures, Çalık Enerji became the 129th largest contracting company in the world according to the 2012 ENR (Engineering News Record) list. As the company continues to sign on to mega international projects, Çalık Enerji rose to 111th place in the ENR list released in 2013.