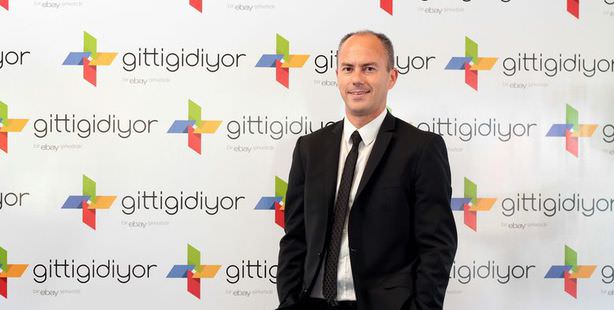 GittiGidiyor, the Turkish affiliate of eBay, the world’s biggest e-trade company, now has 9.5 million members and foresees 80 percent growth by the end of the year.

GittiGidiyor, the Turkish affiliate of the world's largest e-trade vendor eBay has seen a significant rise in membership numbers, which have reached 9.5 million and will record 80 percent growth by the end of the year. According to GittiGidiyor General Manager Cenk Angın, Turkey's version of eBay may soon become the top third in Europe.

In 2012, GittiGidiyor's transaction volume rose by 46 percent, whereas this year's figures mark 80 percent growth by the end of the year. The fast-growing e-trade firm provides instantaneous purchasing possibilities for nearly five million items broken down into over 5,000 categories. The firm issues receipts for approximately 750,000 products a month, which means a product is sold on the website every three seconds. A whopping 83 percent of those transactions are conducted by first-time users.

GITTIGIDIYOR'S GOAL IS TO BECOME EBAY'S TOP THIRD IN EUROPE