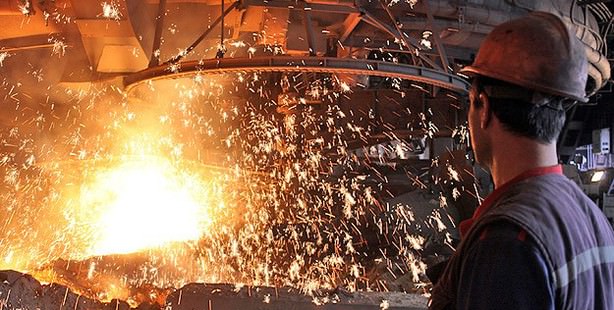 Turkey's industrial production recorded a 6.4 percent increase in September compared to figures from the same month the year prior, marking a two-year high according to data released by the Turkish Statistics Institute (TurkStat) on Friday.

Turkey's industrial production index recorded a 5.3 percent rise in calendar and seasonally adjusted figures yet rose by 6.4 percent based on calendar-adjusted figures compared to the same month the year prior.

A closer look at the industry's subsectors reveals that compared to figures from the month prior, the mining and quarrying sector index for September rose by 4.9 percent, while the manufacturing industry rose by 6.6 percent and the electricity, gas, steam and acclimatization sector index rose by 1.3 percent.

Based on a comparison of figures from this September to the same month the year prior, the mining and quarrying index dropped by 4.3 percent, whereas the manufacturing industry sector rose by 8.0 percent and the gas, steam and acclimatization sector also recorded a 1.3 percent increase.