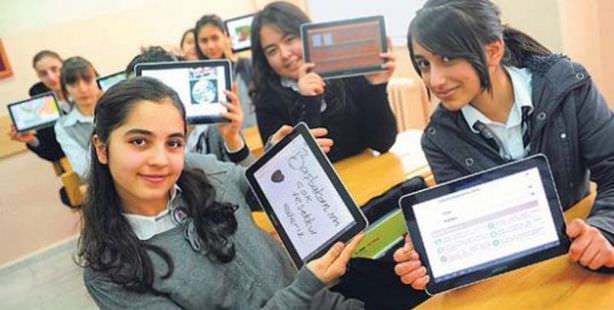 Telpa was awarded a tender finalized on Tuesday as part of the national education FATİH project by offering the lowest bid at 409 million liras for the purchase of 675,000 tablet computers.

Telpa A.Ş. was awarded a tender held on Tuesday for Turkey's national education Movement to Increase Opportunities and Technology (FATİH) project aimed at integrating state-of-the-art computer technology into Turkey's public education system by offering the lowest bid at 409 million liras. In addition to providing 675,000 tablet computers, the tender also includes the supply of 550,000 covers and 125,000 keyboards, which the Ministry of National Education aims to distribute amongst select public elementary, middle and high schools.

The tender, which was scheduled for Monday and then postponed to be completed on Tuesday, pit Telpa Telekomünikasyon A.Ş. against bidders Vestel, Casper-Exper-Probil and the Data Teknik-Pasifik Grup Yayıncılık consortium. Samsung and Hewlett-Packard Company (HP) backed out of the tender on Monday, whereas 11 companies had purchased the tender specifications in June.

Telpa authorities have announced that their bid includes General Mobile brand products and within the context of the specifications, an initial delivery will be made in December of 50,000 tablet computers.