GE to invest big-time in wind energy in Turkey 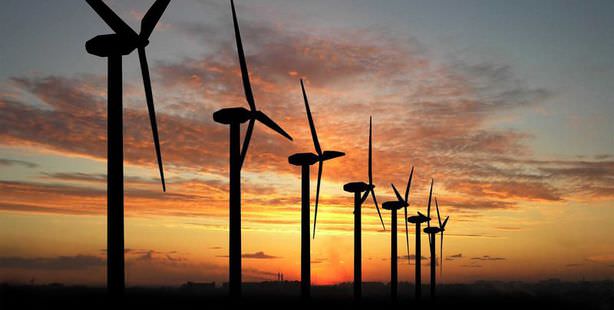 Turkey is about to embark upon a strategic cooperation with the United States in the energy department. America’s mega energy corporation General Electric will soon be making a five billion dollar investment in a wind power plant in Turkey.

Turkey continues to be the address for investments for some of the world's largest mega companies. Paying a visit next week to Turkey is U.S. Secretary of Energy Ernest Moniz, who will be bringing along with him in his briefcase a major investment and strategic partnership agreement. Within this framework, U.S. energy giants General Electric (GE) will be making an over five billion dollar investment in building a 3,000 megawatt wind power plant. The scope of this investment is larger than the current wind energy power plants in operation in all of Turkey.

GE plans to establish a wind energy turbine factory in Turkey. The most critical factor in this agreement consists of the transfer of technology to Turkey. Turkey, which is currently experiencing the fastest rise in electricity consumption in the world, second to China, is anticipated to have doubled its electricity consumption by 2023. This translates to a foreseeable nearly 300 billion-dollar investment in the electricity arena. Within this context, in addition to nuclear and solar power and domestic coal, a 30 billion dollar investment is planned to produce 20,000 megawatts of power wind energy.

GE TO SET UP A WIND TURBINE FACTORY

With investments in the energy, health services, transporting and infrastructure arenas, General Electric is defined as being a technology, services and finance firm. With operations in over 100 countries, the firm provides employment opportunities for nearly 300,000. The company, which sold the 18.6 percent share it maintained in Garanti Bank to the Spanish bank BBVA for 3.78 billion dollars, has since signed on to a number of energy investments. As per this agreement, GE will be setting up a wind energy turbine factory in Turkey of the likes only owned by a few select nations.