“If terrorism didn’t exist everyone would have homes and cars” 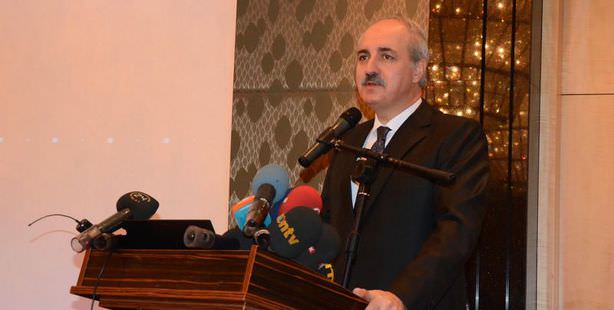 AK Party Deputy Chairman Kurtulmuş announced figures from a report calculating the costs of terrorism on the nation for which he stated, “If it wasn’t for terrorism everyone would have homes and cars.”

The results of a report prepared by the ruling Justice and Development (AK) Party Economic Affairs Department on the predicted costs of terrorism on the nation's economy, spanning from the years 1986-2012, was announced by AK Party Deputy Chairman Numan Kurtulmuş on Wednesday.

Revealing that the predicted costs brought on by terrorism are 1.2 trillion dollars, Kurtulmuş stated, "If terrorism didn't exist, everyone would have their own home and car." Kurtulmuş explained that the state had not been forced to battle terroism, the nation would have developed by an additional 0.50 points on average every year and stated, "This study will contribute to the continuation of the resolution process. This will provide a number of clues for the public mentality in understanding how huge the costs have been as a result of terrorism, which has been ongoing for the past 28 years." Underlining that parallel to the resolution process, the state has also had a change in mentality, Kurtulmuş stated, "Turkey has taken one of the greatest strides in transforming from a despot understanding of state to that of a gracious one through presenting this democratization package and the resolution process."

Kurtulmuş also pointed out the spiritual losses suffered over the past 28 years; the greatest wound of which he said was the loss of 35,000 lives. "The share allocated for anti-terrorism and defense expenditures, carried no other meaning than further empowering arms dealers," said Kurtulmuş.

NATIONAL INCOME WOULD HAVE SURPASSED $11,000

Kurtulmuş added that if Turkey was able to have advanced by 0.25 percent, the national revenue could have easily reached the $11,150 mark. "Every family in Turkey would have been able to buy a home and a car," stated Kurtulmuş adding, "It would have also been possible to finish 150 high-speed train projects between Istanbul and Ankara as well as build nearly 17,000 kilometers of additional roads.

The economic losses are great