Without sanctions Iran-Turkey trade would be at $30 billion 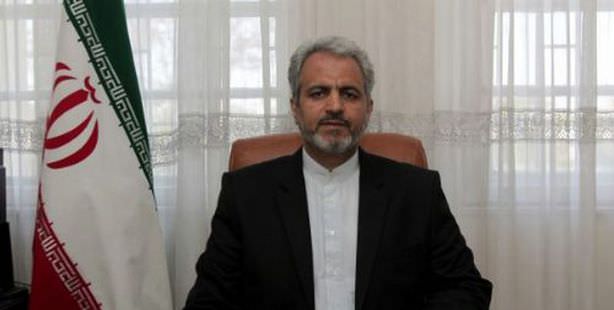 The nuclear agreement reached between Iran and the Western world marks a new era in economic cooperation with neighboring Turkey. According to Iran’s Ambassador to Ankara Bikdeli, “If there were no sanctions our trade volume would have reached 30 billion dollars.”

In the wake of the historical interim accord reached between the P5+1, the UN Security Council's five permanent members and Iran, a new era is expected to be embarked upon in Turkey-Iran trade relations. Iran's Ambassador to Ankara Ali Rıza Bikdeli, who is also one of the architects of the new page being turned in joint economic relations, evaluated the recent historical development for SABAH.

According to Bikdeli, sanctions have caused at least an $8 billion dollar loss in trade between the two nations. "According to expert studies, if there had not been sanctions last year's Iran-Turkey trade volume which reached a record-breaking $22 billion, would have totaled up to $30 billion dollars." The ambassador points out that despite the limitations, Iranian firms still set up companies in Ankara, Istanbul and Mersin and established close relations with local investors.

CRISIS TURNED INTO AN OPPORTUNITY

Noting that Iran is the true target of sanctions, Ambassador Bikdeli explains that every nation they uphold economic relations with has suffered as a result. "If sanctions are lifted, not only will we benefit, but so will all nations that we uphold trade cooperation with," said Bikdeli. Despite the damage incurred by joint trade relations between Turkey and Iran as a result of sanctions, the situation still led to the birth of an opportunity, explains Bikdeli, adding, "Businessmen and tradesmen were given the opportunity to get to know one another. Iranians made investments in a number of cities."

THE BUSINESSMAN'S RISKS WILL DROP

Ali Rıza Bikdeli also drew attention to the eradication of the issues surrounding Turkey's purchasing of petrol from Iran. Pointing out that this situation could result in bringing in significant financial resources to bilateral trade, Bikdeli stated, "In addition, it the banking system normalizes, then businessmen and our tradesmen will be able to embrace work opportunities with much less risk. The fact that Iran and the P5+1 have reached a decision will definitely benefit Iran and neighboring nations."

TURKEY COULD HELP US

Ambassador Bikdeli also touched upon the positive role that Turkey and other Iranian allies could take during the negotiations process. "The fact that Iran has been granted the rights for the pacifist use of nuclear energy carries much significance in terms of stability for the entire region as well as our neighbors. It is at this point, that we feel Turkey could play an active role. We know that there are certain nations in the region that are concerned with the normalization of Iran's nuclear file. Turkey could assist us in ensuring these concerns are waylaid," stated Bikdeli.

THE QUALITY OF OUR RELATIONS IS ON THE RISE

Ambassador Bikdeli emphasized that Turkey has never been perceived by Iran as being a threat and pointed out that relations between the nations have improved in quality over the past ten years. Referring to the situation in Syria as a 'test' for mutual relations as the two nations remain divided on the issue, Bikdeli stated, "We have always considered Turkey's strengthening as being equivalent to the strengthening of the Islamic world, the region and in fact even meaning our own strengthening. Even though we have a deviation in views on the Syria issue, if this divide had been present with any other nation, our relations would have been seriously harmed."