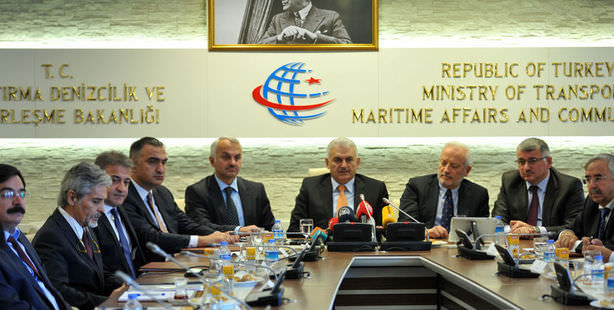 Transportation Minister Yıldırım announced on Monday that a price cap has been established for domestic flight tickets at 299 Turkish Liras.

Following the one-hour meeting with airline executives, Transportation Minister Yıldırım announced to reporters during a press conference that a compromise was reached on establishing a price cap of 299 TL for economy class tickets on domestic flights.

Commenting to reporters on the decision to establish a price cap on domestic tickets, Minister Yıldırım stated, "The most expensive economic ticket will now voluntarily be priced at 299 liras. There may be some carriers that choose to fly for less. I have no objections to that. However, the joint consensus reached amongst themselves is this rate. Regardless of when a customer purchases a ticket, the price cap will be 299 liras. There are no limitations. If one chooses, they may purchase tickets three months prior and it may be less expensive, however even if one buys a ticket just days or even hours prior to a flight, the price will not exceed 299 liras. This means that there will be tickets for 299 liras as well as tickets for 50 liras."