SETA: The target was Halkbank and Energy 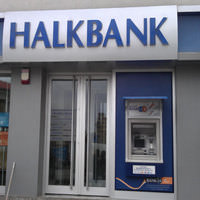 The reactions to the operation that has impacted national news continues. The Economy Director of SETA, Prof. Erdal Karagol warns, “We are living the second Gezi. The operation has assisted the lobby. We have to be ready for these games in the period to come.”

The Economy Director of the Institute for the Research of Politics, Economy and Society, SETA, Prof. Erdal Karagol, stating that the debt rates for Turkey have doubled in the wake of the operation said, "They will force the treasury into higher interest rate debts, internally and externally."

Drawing parallels between the operation and the Gezi Park Protests, Karagol said, "The aim the energy strategy agreements that would redefine the region" he evaluated. Mentioning that these agreements had seriously rattled some in the political world, Karagol went on to say:

"Turkey is making headlines, thus we have to be ready to face these types of operations in the period to come."

Speaking of how the income to be made from the petrol sales in the Kurdish dominated region of northern Iraq would be held at Halkbank Karagol said, "Banks that will hold this money, will make an important amount, estimated to be around 26 billion dollars. This would make Halkbank influential, thus attention was drawn upon it. On the other hand, holding the money from Iranian petrol sales in Turkey due, to the embargo is what brought the operation upon Halkbank.