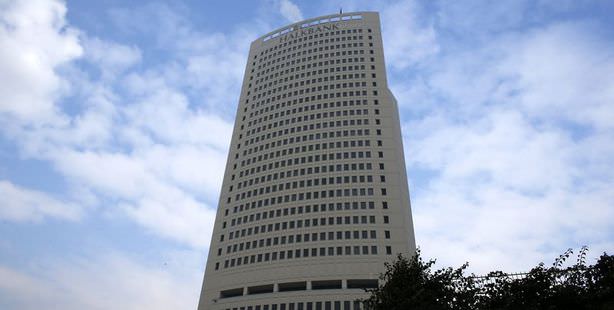 Minister of Energy Taner Yıldız enunciated that Turkey's Halkbank is still the current adress to accumulate the Kurdish oil revenues despite the troublesome effects of the recent anti-graft operation.

Following years of dispute over oil policy and oil revenue distribution, Baghdad, Erbil and Ankara reached an agreement early last month on Iraqi Kurdistan's global oil exports via Turkey. The test flow of Kurdish oil has been completed through Ceyhan via the Kirkuk-Ceyhan pipeline and oil exports are expected to begin in January 2014.

According to sources, the tripartite agreement mandated that Kurdish oil revenue would have been deposited to Turkey's state-owned Halkbank. A corruption probe that the Istanbul Prosecutor launched on 17 December resulted in 24 arrests, including the sons of two cabinet ministers and Halkbank CEO Süleyman Aslan over bribery allegations. A week after the wave of arrests, Turkish media outlets reported that Baghdad and Erbil had agreed that Kurdish oil revenues will go to US-based bank, JP Morgan.

Taner Yıldız, Turkey's Minister of Energy ended speculations at the breakfast meeting with journalists today in Ankara. Mr. Yıldız remarked that neither Baghdad nor Washington had any desire to accumulate Kurdish oil revenues at a U.S. bank while noting that he found recent efforts to involve Halkbank in the corruption probe were strange. He said he hoped a deal could be reached this month to allow the exports to begin. "The flow of crude oil from Iraq has begun. It is being stored. It will not be exported without the consent of the Iraqi government" Yıldız added.

Final decision due in this month

On 26 December, Iraqi Prime Minister Nouri al-Maliki commented on the issue during a meeting with KRG representatives that they "will find a solution to the oil export, revenue sharing, oil extraction and the rights of the companies" in future meetings. Meanwhile, high-level sources from the Turkish Ministry of Energy stated that the final decision regarding the accumulation of Kurdish oil revenues will be reached within this year. Turkish authorities are expected to mount pressure on both Erbil and Baghdad to direct revenues to Halkbank or another Turkish financial institution.

Kurdish oil money may reach up to $100 billion

The KRG controls an estimated 40-45 billion barrels of oil as well as 6-7 trillion cubic feet of natural gas in reserves, whose combined worth is estimated at $5 trillion. Erbil plans to export over two million barrels of oil per day and 20-30 billion cubic meters of natural gas per year via Ceyhan to generate a $100 billion annual turnover. The Turkish government believes that accumulating Kurdish oil revenue at a Turkish bank would contribute to the country's potential to become a leading player in world energy markets.