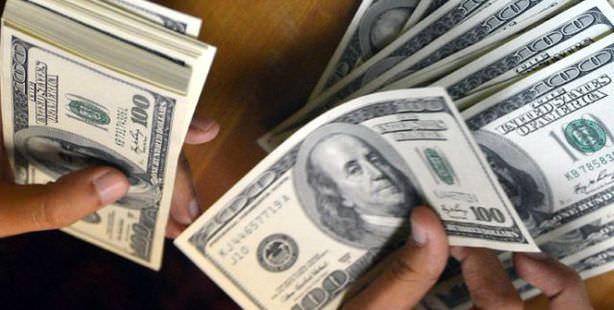 Lobbying activities have been discovered to be behind the increased exchange rates in Turkey. It is claimed that the value of the dollar has been pushed by creating virtual demand in Central Bank tenders.

An interesting claim reached the AK Party economy administration as the dollar pushes the 2.2 lira mark. According to this claim, the demand for the dollar was increased through virtual offers in tenders that are held by Turkey's Central Bank with the intent of keeping a curb on the rising dollar currency. Any offer that exceeds Central Bank's base price at these tenders leads to an increase in the dollar currency, which has been the case. As a result, those who purchase foreign currency make huge profits while currency reserves melt. In an attempt to drop the dollar since the Gezi Park protests, a riot against the government, Central Bank initiated 145 exchange tenders at $17 billion since Jun 11. However, the rise of the dollar could not be prevented. It was reported that the institutions attending the tenders and creating excessive demand should be investigated.

The turmoil in the Turkey's economy is closely followed across the globe. Chief economist of Standard Bank, Timothy Ash stated that they do not predict a decline in Turkey's economy. "Investment credibility is relevant to the ability to pay and Turkey is still in a powerful position", he said. On the other hand, Fitch announced that there will be a pressure on the credit ratings of Turkish companies in the event of a long term depreciation of the Turkish lira. The company also expressed that Turkish companies are responsive to the fluctuation in foreign currency.