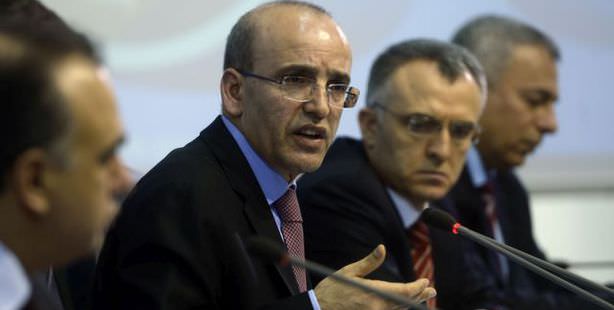 A substantial decrease was seen in the 2013 budget deficit.

Minister of Finance Mehmet Simsek announced the 2013 government budget report. He stated that the government's 2013 expenses amounted to 407.9 billion TL; its income was 389.4 billion TL (an increase of 17.1%) and the total budget deficit stands at 18.4 billion TL. Total income tax contributed 326.1 billion TL to the budget.

Simsek stated that 3.5 billion TL will be recovered in the current deficit and this will affect inflation rates. He stated that there will be a slight deceleration in economic growth but reaffirmed that the government's financial balance has never been better. Despite the recent currency devaluation, the economy will not be heavily affected and the bankıng sector will preserve its strong structure. Importantly, the minister does not expect that households will be negatively affected by the currency depreciation, nor will there be a major exit of global investors.

While Minister Simsek suggested that currency fluctuations will not seriously affect the economy, he berated the Dec. 17 operations as bound to have a negative effect on growth.
He described the accusations against the government as a conspiracy and political intervention dressed up as 'corruption allegations'. "It is shameful to accuse somebody by gathering groundless information together. We cannot accept it," he said. He also noted that each day a political operation is brought to the agenda, which unsettles local and foreign investors.

The minister will meet next week with 500 investors in New York and London, where he will settle any concerns about the Turkish economy.

Turkstat: Unemployment figures down for October

Results from the Turkish Statistical Institute's Household Labor Force Survey confirm that overall unemployment for October is down.
The seasonally adjusted Turkish unemployment rate has shown an improvement, decreasing to 9.9%. Youth unemployment stands at 19.3% and 83,000 people are no longer classified as unemployed.

The non-agricultural unemployment rate stands at 11.9%, with the unregistered unemployment rate decreasing to 36.3%. Overall labor force participation rates decreased to 50.8%, with a breakdown of 71.7% for men and 30.6% for women.

Employment figures show that 23.5% of the employed population is based in the agriculture sector, followed by 19.1% in industry, 7.6% in construction and 49.8% in the service sector. While the number of workers in the agricultural sector decreased by 294,000, the number of workers in non-agricultural sectors increased by 433,000. The construction sector saw the biggest increase with an additional 94,000 employees.