Iraq’s North sees a boom in number of Turkish investors 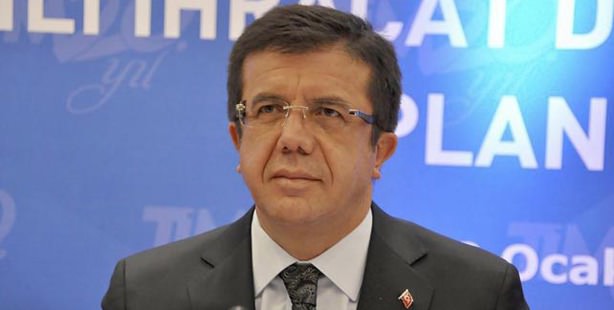 Turkish Minister of Economy Nihat Zeybekçi recently announced the figures relevant to Turkish investment in northern Iraq. Turkey's exports to Iraq are only matched by exports to Germany, with more companies heading to the flourishing north of the country.

Iraq's predominantly Kurdish North, with its relatively secure business environment and vast business opportunities, is a major attraction for Turkish investors. Zeybekçi said 1,210 Turkish companies are officially registered in northern Iraq. Moreover, nearly 300 local Iraqi companies co-owned by Turkish businesspeople are located in the North. Almost all of them are based in Arbil, the de facto capital of semi-autonomous KRG. Turkish companies operate in sectors ranging from construction to restaurants.

Prior to the 2003 U.S. occupation of Iraq, Turkey did not have formal ties with northern Iraq, and then the enclave fighting for recognized autonomy broke out. With the fall of the Saddam regime, KRG gained autonomy and opened its market to foreign investors. Turkey, with its historic ties and proximity, became the major investor in the region. For its part, the Turkish government signed large-scale energy deals with the Massoud Barzani administration in Arbil. However, growing relations between KRG and Turkey exasperates the central government in Baghdad. The Nouri al-Maliki government seeks Baghdad's share of revenues from rich oil reserves in the North. Baghdad recently warned KRG to stop pursuing its own oil and gas exports and contribute the revenues to federal budget. The Shiite-led government is also engaged in a feud with the AK Party government of Turkey over its support for Iraq's Sunni community.