Turkey to launch electric car in 2017 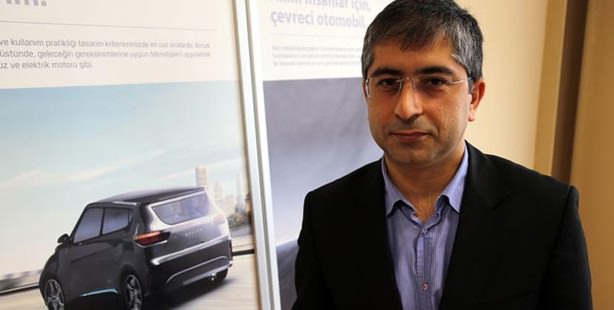 A technological research firm in the central Anatolian city of Eskişehir, BEGLER AŞ, plans to introduce Turkey's first electric car in 2017. This landmark project has been conducted with more than 30 academicians from 15 different universities.

BEGLER Board Member and R&D Projects Officer Melih Yıldız stated that they decided to cooperate with a major automotive company and accepted the electric car offer from TÜBITAK (Scientific and Technological Research Council of Turkey). They establish the connection between the industry and the academy.

BEGLER AŞ initially designed a sports model and a family car. They conducted market research in three different cities with the support of academicians and investigated the expectations of the Turkish people. Then, they did a feasibility study and started to work on the manufacture of a multi-purpose car. They cooperate with 11 different companies in the manufacture of battery, engine, lighting system, upholstery and the other car parts. The car is able to cover a distance of 160 kilometers in full charge. They are developing the battery capacity and range.

Yıldız also expressed that they are planning to manufacture a totally domestic car; but they cannot totally make it domestic due to the shortcoming in raw materials. In Turkey, there is no lithium production, which is the raw material for batteries, so they export it. Lithium battery production will be available in Turkey in the next four years with the endorsement of TÜBİTAK. There are many elements of the electronic circuit that have to be exported. However, the design and the main components of the car are domestic.

The electrical equipment of the car is totally domestic and the engine is totally unique. All of the interior and comfort-related parts of the car, including the air conditioner, are domestic.
"We need to have a certain 'type of approval certificate' in order to allow the car onto the highways. After we have this certificate, we will invest in Eskişehir 's organized industrial zone for the mass production," Yıldız said.

Yıldız also expressed that the present electric car manufacturers' desire to maintain their production lines and many major companies work on this revolutionary technology. "They need time for catching up to our level. If we can popularize our car, we will be competing with the leading companies."
The cost of the first 20,000 cars will be about TL 50,000-60,000. The costs of the following productions will be reduced to half of these amounts.

The car will be seen on the roads in the first half of 2017, but a smaller model will be launched prior this date.

Özer Arslan, company's research and development and engineering manager, said they started the project upon advice from Prime Minister Recep Tayyip Erdoğan to build a domestic electric car.
"We proved a small business can build cars to compete with millions of euros in investment," Arslan said.

The car is able to cover 150 kilometers when fully charged, which costs 3 liras, lower than the current price of gasoline at around TL 5 per liter.

"Until the electric car project came up, we were focused on a car with an internal combustion engine. Four years ago, our CEO introduced the project to Mr. Erdoğan. The prime minister told us the world was turning to electric cars and suggested that we do the same. Hence, we changed our vision and for four years we researched electric cars. In two years, we were able to build the electric car," Arslan said.

Arslan underlined that the car is eco-friendly in terms of emissions and noise and aluminum was used for the car's chassis.