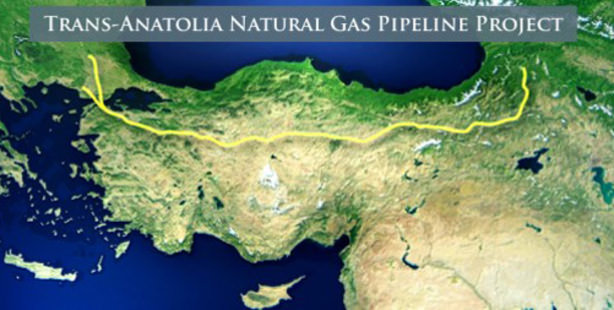 The Turkish steel sector welcomes a tender from the Trans Anatolian Gas Pipeline (TANAP) project for the procurement of steel cables.

"Some five Turkish companies and one Turkish consortium have been found eligible and called to bid in a tender to be the main supplier of steel cables to TANAP. This shows these products can be supplied through local means. That is very good for the steel sector," said General Secretary of the Turkish Steel Producers Association Veysel Yayan.

A total of 18 companies were called to attend the tender, six of which are Turkish.

The TANAP project was created for the transportation of natural gas from the Shah Deniz 2 field and other fields through Turkey to Europe. A Memorandum of Understanding was signed between the governments of Turkey and Azerbaijan in the Turkish capital of Ankara in 2011.