Northern Cyprus water project to be ready within year 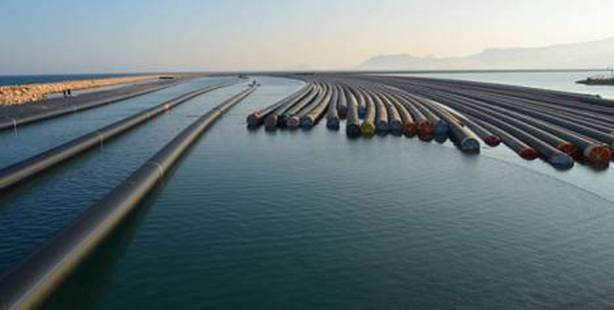 The project developed to transport water from Turkey to alleviate water scarcity in Northern Cyprus to be completed within the year.

Northern Cyprus is plagued by water scarcity because of the island's climate. An existing program, the first potable water transportation project ın the world, is due to be supplemented with a new water treatment facility to supply water from Turkey to its island neighbor within the year. The project, which will span two dams, 107 kilometers of pipeline, and two elevation centers, will be built to transport 75 million cubic meters of water annually. A little over half of the water will be used for drinking and the remainder will be used for irrigation.

The project began in 2011 with a dam in Turkey's southern city of Mersin aimed at supplying water via an undersea pipeline to the island. Moving forward, the water will be transported from Alaköprü Dam in Mersin to Geçitköy Dam in Kyrenia by 80 kilometers of pipelines, 250 meters below sea level. This project is expected to contribute to the development of the TRNC, which has limited natural resources.

Irrigated farming will be possible on the Mesaoria Plain, which is one of the broadest plains on the island, but previously could not be used for agriculture due to drought.

The new project is expected to meet the water requirement of Northern Cyprus for the next 50 years.