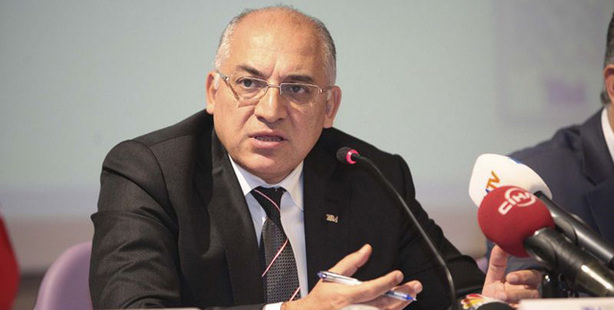 Turkey’s record breaking export figure of $12 billion for January gives impetus for the country’s aim of reaching $166.5 billion in exports in 2014.

Chairman of the Turkish Exporters' Assembly Mehmet Büyükekşi announced figures for January exports at a meeting in Gaziantep with Economy Minister Nihat Zeybekçi and former Minister of Family and Social Policies Fatma Şahin. The data shows that Turkey's exports ran at record high levels in the first month of 2014. With an increase of 9.6 percent, January exports hit $12.015 billion for the first time in the republic's history.

The ready-made clothing industry was on the top of the export list with more than $1.5 billion and the countries with the highest exports for January were Germany, Iraq and the UK. "The weight of economic growth has shifted from domestic consumption to export. Issues such as R&D, innovation and high added value economy should be on our agenda but unfortunately we waste our energy on short-term vicious debates," Büyükekşi said.

Calling on Turkish industrialists to turn their attention towards exports, Büyükekşi pointed out that the global economy closed last year on a slow recovery. "Developed countries in particular are expected to deliver a good economic growth performance. In accordance with increasing demand, global trade is also expected to increase," noted Büyükekşi.

Economy Minister Zeybekçi said Turkey was quite uncomfortable with the Customs Union that was signed in 1995 and he is pushing to revise the agreement in Turkey's favor. Zeybekçi added, "We brought up the matter with Nicole Bricq, French Minister for Foreign Trade, who said the negotiations would start on March 1." He also mentioned the aggressive increase in interest rates, "This decision is not permanent and I think we will get good results out of it."

Stating that the U.S. has the strongest economy, Zeybekçi said: "We take the USA as an example for our export target. How has it achieved this? Firstly, it places great emphasis on raw materials. Secondly, it plans its energy sources based on future needs. Thirdly, it has a full command of consumption habits. And lastly, it determines its consumption channels clearly. Similarly, Turkey is going to work on these fields."