Economy maestros reassure everything on track 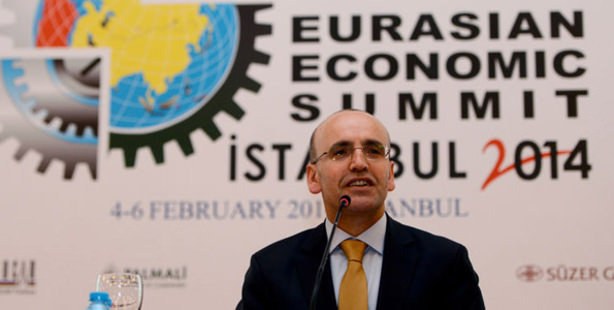 Two leading figures of Turkey’s economy administration gave quite positive messages about the future of the country’s economy.

Deputy Prime Minister Ali Babacan, who gave an interview to local TV channel Kanal 24 on Tuesday said: "We, as the members of Turkey's economy administration, decided at a very early stage what should be done against the worst scenarios in economy as our institutions should know what to do during possible crises. We are definitely not desperate and we have a series of plans for the worst."
Restricting the flow of capital is no option during this period, Babacan said, addressing some recent claims in the country. "Such a move would be a suicide. We do not plan to restrict capital flows," he noted.
During the same hours, Turkish Finance Minister Mehmet Şimşek gave similarly positive messages regarding the economy.

"All companies' foreign exchange needs have increased, particularly since last May. We have actually not observed any foreign outflow since then, but interestingly enough, the demand for foreign currency by Turkish companies has soared. This situation is, of course, connected to some political uncertainties. Such uncertainties will be overcome by this March, [when local elections are held in Turkey]," Şimşek said at the opening ceremony of the seventeenth Eurasia Economy Summit in Istanbul.

As long as the government is supported and the existing stability continues, the recent uncertainties will end, Şimşek noted, adding the Turkish economy could then recover easily in a short time. He noted the most important point is to deepen capital markets, to fight against informal economy and to make structural reforms during this period.

"There are dramatic decreases in share prices and increases in effective interest rates in Turkey. Similarly, currencies of many developing countries fell against the dollar and the euro," said Babacan. He pointed out that Turkey was affected most by these shifts due to its current account deficit and the recent political tensions in the country.

"Our determination and wisdom allowed us to control the situation despite the conspiracy against our government. If we hadn't taken the necessary steps in time, our markets would be in a much worse situation today, because if there is an authority gap in a country, stability is out of the question. Therefore, those movements were actually against political stability costing Turkey a lot," he noted.

When asked how it cost Turkey, Babacan answered: "When share prices decreased, our public limited companies' dollar value also plummeted. Since Dec. 13 until Feb. 4, the value of our public limited companies fell to $211 billion from almost $280 billion. There are many transactions in share markets, but capital outflow from Turkey is very limited. Prices that are determined in these transactions are quite low compared to prices almost two months ago. When we consider the additional costs of the increase in exchange rates, Turkey's economy will pick up."