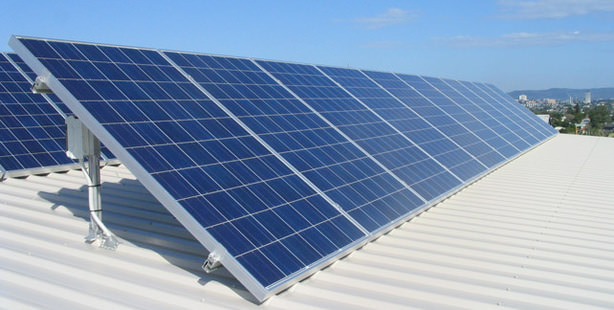 Zhongly Talesun, the giant energy firm from China, plans to enter the Turkish market after having done so in the U.S. and Germany. The Chinese company, with a 3GW cell and module capacity, decided to go into a partnership with the Turkish energy company Ege Trade from Izmir. The two companies have recently established a 50/50 partnership in a new company, Talesun Anatolia Solar Energy, which plans to start a new project: producing electricity from solar energy.

Talesun has several production facilities ranging from the USA to Canada and to Australia. Mustafa Kürkan, the executive of Ege trade, says Talesun Anatolia Solar Energy aims to achieve a production of 50 MW by 2015. He says the company will carry out large projects and may also produce solar panels in the forthcoming period.

Chinese companies have recently played a considerable part in making solar energy investments in Turkey. For instance, China-based Yingli Solar, which has some 4.5 GW installed power capacity and 16,000 employees around the world, entered the Turkish market last year. Yingli Solar, the third biggest solar panel producer in the world, made a series of solar panels through which the Istanbul-based Özyeğin University meets all of its power needs.

Electricity demand in Turkey is growing at an annual rate of almost eight percent, but the country is highly dependent on fossil-based imports to meet its increasing energy needs. One of the main priorities of the country's energy administration is to increase its renewable energy capacity. Under the terms of the new law, projects which are operational by the end of December 2015 may benefit from the support mechanism for a period of 10 years, starting from the date of operation. The license will be issued for 49 years. In order to allocate the capacity, all participants in one specific region are bidding for their capacity. And a pre-licensing mechanism was introduced into the new law. The winners of the bid will be rewarded with a pre-license, which will be replaced by a permanent license at the beginning of construction. License applications must pertain to a specific site and during the pre-licensing period, which is for a maximum of two years, the energy producer must obtain the required permits, approvals and licenses in order to start construction.