Energy agreement in Cyprus raises the hope of reunification 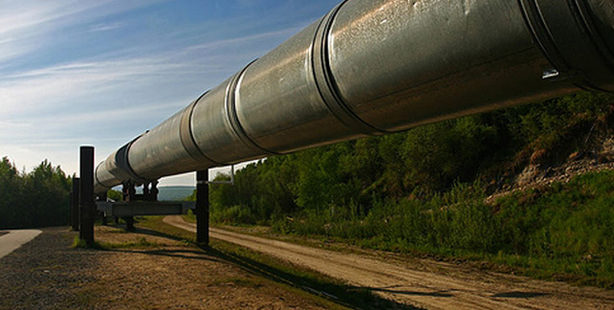 Ten years after the referendum, both sides revived the stalled talks with the aim of finally reuniting the island

Revived peace talks between Turkish and Greek Cypriots are expected to move forward after the two sides addressed the sharing of natural gas from the Leviathan and Tamar gas fields in the Mediterranean Sea.

According to reports, both sides agreed to equal sharing of petrol and natural gas found on the island.

Cyprus has a reserve estimated at around 140 billion cubic meters. The fuel products, valued at a billion dollars, will pass through Turkish pipelines.

The island has long been wracked by religious and ethnic divisions. The religious authorities on the Greek side, for example, caused a stir when they declared, "Even the water of the Turkish Cypriot is undrinkable."

The discovery of energy seemed to push both sides to the bargaining table. It was reported those same Greek religious authorities, which are historically the biggest opposition to the peace talks, now support peace talks.

Northern Cypriot officials said the discovered energy source is the only efficient way to overcome the crisis with the Greek part of the island.

The prospect for peace talks were also improved following the Turkey — Turkish Republic of Northern Cyprus (KKTC) Water Project. The project is expected to carry fresh water to the island through a pipeline under the city of Mersin, located in the south of Turkey starting May 2014. Turkey will supply 75 million cubic meters of potable water to Turkish Cyprus. The Northern Cyprus authorities said the project will give the Northern Cyprus the upper hand during the resolution talks, as the Greek side of the island lacks sufficient fresh water.

Derviş Eroğlu, the president of Northern Cyprus, said in the water project's groundbreaking ceremony in Jan. 2014 that Greek side of the island should also take a positive stance toward Northern Cyprus and Turkey because the project was for peace.

The two communities were asked in a 2004 referendum on reunification of the island, which has been divided since 1974, based on the Annan Plan. Northern Cyprus voted in favor of the reunification with 65 percent, but Greek Cyprus rejected the referendum by 76 percent.

Turkish Prime Minister Recep Tayyip Erdoğan expressed Turkey's support for the resolution of the 50-year dispute during his discussions with the U.N. Secretary General Ban Ki-moon.

Northern Cypriot officials said the resolution deal should be called the Cyprus Plan, instead of Annan Plan, as there will not be a third party during the talks.

Talks are expected to continue between Feb. 26 and Feb. 28, building on the promising discussions last week. Greek Cypriot negotiator Andreas Mavroyannis will reportedly visit Ankara at the same time Turkish

Cypriot negotiator Kudret Özersay will be in Athens to hold talks as part of the resolution deal.