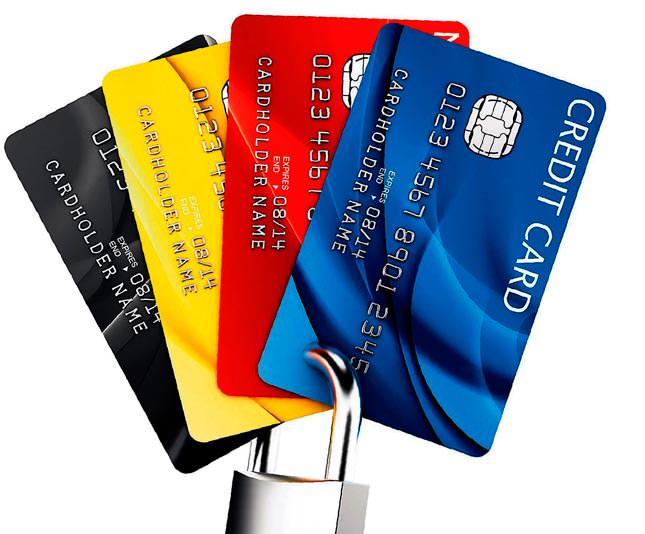 Prime Minister Recep Tayyip Erdogan's government hopes to rein in personal debt in a country where many use credit card installments to pay for minute daily purchases with costs as low as bread.

Turkey's banking regulators introduced new rules earlier this month to clamp down on the common practice of credit card installment plans, in a bid to stem spending on imports and rein in the ballooning current account deficit.
Prime Minister Recep Tayyip Erdogan's government also hopes to rein in personal debt in a country where many use credit card installments to pay for items as small as bread.

Under the new rules, consumers are no longer allowed to defer payments on small items such as food, gas and mobile phones.
Payments for larger items - such as TVs, furniture and fridges - can only be delayed up to nine months. "I have lived abroad for many years.

Nowhere else in the world has anything like installments for credit cards," Finance Minister Mehmet Simsek said in January. "We want our citizens to cut their cloth according to their means. Consumers should be rational."
Many shoppers, however, claim they are unhappy. "I think the tighter credit card regime will hit a lot of young couples hard as they are about to start a new life," said 34-year-old Bensu.

Luxury items have also been affected. Installment plans have bee n banned for jewelry, hitting a sector that employs 250,000 people in 32,000 stores. Jewelers complain of a 40 percent drop in sales since the measures were introduced. "Customers are not willing to buy gold because they can no longer pay in installments," said Zekai Bezci, a seller in Ulus, the historic old town of Ankara.

Valentine's Day was a flop this year. "A couple came in and I had the ring ready and wrapped until they found out there was no option to pay in installments. In the end, the ring was unpacked," complained Abdullah Aykut, another seller. One shopper in the market for jewels, Aysegül Cemkeren, said without the installment option, it would be "difficult to pay all at once for the jewelry we buy to present to a bride or groom for their wedding." Industry representatives are calling for at least a six-month credit system for the sector. "Authorities say the aim is to reduce waste. Have you ever heard of anyone dumping gold? You can easily convert gold into money. It is not a waste but an investment," said Norayr Isler, head of the Istanbul Chamber of Jewelers.

That offers cold comfort to the government, as it seeks to reboot investment into a Turkish economy that has plummeted from 9 percent growth three years ago to an estimated 3.7 percent last year. Erdogan has tried to block moves to hike interest rates, which he fears will further slow growth. Faced with soaring inflation and a widening trade deficit, the central bank ignored Erdogan's threats and massively hiked interest rates last month. The government hopes that controlling consumer spending will allow interest rates to come back down. Few deny that some form of action is needed to rein in Turkey's debt problems.

There are 57 million credit cards in Turkey - one for every Turk of working age. They have collectively built up debts of TL 99 billion, while non-performing loans have shot up by 20 percent in the past year to about TL 30 billion. "If one pair of shoes is paid in 24-month installments, we see a problem there," said Deputy Prime Minister Ali Babacan. "Excess is harming the economy. If the credit is used for production, exports, and investment, we say yes but if it is for consumption, then we need to be careful," he said. The new restrictions are already bearing fruit, according to official figures. In just two weeks at the start of February, deferred payments dropped by TL 1.5 billion to TL 51.3 billion. "The restrictions on the use of credit cards are mainly aimed at disciplining consumer behavior because personal debt is a serious issue in Turkey," Bedri Kamil Onur Tas, an academic from TOBB University of Economics and Technology, told AFP. "But from a macro-economic perspective, the measures are likely to slow down the economy by reducing consumption."

Another expert, Andy Birch, senior economist at IHS Global Insight, said, "In general, broad-based macro-economic policies would be preferred to try to adjust domestic demand rather than administrative restrictions" such as credit card curbs. Smart Turks have already found ways to get round the ban. Some stores have started offering their own payment schemes - dubbed "commercial bills" - that give customers an extra three months of deferred payments. But some shopkeepers agree with the government's efforts. "Installment options are good for hightechs or white goods but our business is about luxury," said jewelry store owner Burhan Eke, who has never offered credit. "If you cannot afford it, don't buy it."