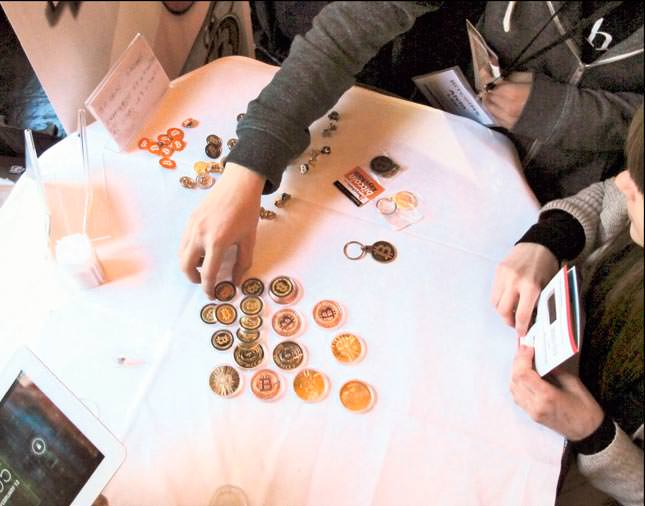 Bitcoin values rebounded despite investigations into the collapse of a major exchange and a call by a US senator to ban the "highly unstable" virtual currency. Bitcoin value rose by 13 percent over 24 hours

The Bitcoin was worth $581 yesterday, according to the Winkdex index, a rise of 13 percent over 24 hours, following a stunning drop of more than $100 on the previous day. The heightened volatility came after the Japan-based MtGox exchange went dark, sparking protests at its Tokyo headquarters and heightening fears about the cryptographic currency, which can be used outside the traditional financial system. Even as MtGox remained offline, its chief executive Mark Karpeles posted a message on its official website suggesting the exchange was working to reopen after the closure and disappearance of its Bitcoins, worth more than $400 million at the latest values.

"As there is a lot of speculation regarding MtGox and its future, I would like to use this opportunity to reassure everyone that I am still in Japan, and working very hard with the support of different parties to find a solution to our recent issues," Karpeles wrote.

In Washington, Senator Joe Manchin sent a letter to federal regulators urging a US ban on Bitcoins. "This virtual currency is currently unregulated and has allowed users to participate in illicit activity, while also being highly unstable and disruptive to our economy," Manchin said in his letter to the Federal Reserve and other regulatory heads. "I urge regulators to take appropriate action to limit the abilities of this highly unstable currency." Japanese authorities said they were probing the MtGox exchange after claims of a multi-milliondollar theft which emptied its digital coffers, and US prosecutors reportedly served a subpoena on the company.

"I understand that ministries and agencies concerned -- financial services, police and the finance ministry -- are looking into the matter to learn the full scope of the issue," Japan's Chief Cabinet Secretary Yoshihide Suga told reporters in Tokyo.

The Wall Street Journal reported that Mt-Gox has been served with a subpoena by US federal prosecutors in New York.

Citing an unnamed "person familiar with the matter" the newspaper said the document was sent this month and demanded that MtGox preserve certain documents. A subpoena compels its recipient to produce evidence or bear witness. In January, a Bitcoin was worth more than $900 at MtGox, one of the world's first exchanges for the unit. Wild volatility has long been a part of the experimental digital currency, which does not have the backing of a central bank or government and falls outside traditional financial regulatory frameworks.

Proponents say the currency is an efficient and anonymous way to store and transfer monetary value, and to avoid the risks inherent in any currency dependent on the viability of a government for its value.
But some economists have said the stomachchurning fluctuations in value -- which have made it the vehicle of choice for thrill-seeking investors over recent months -- makes it problematic, as does its apparent vulnerability to online thieves.